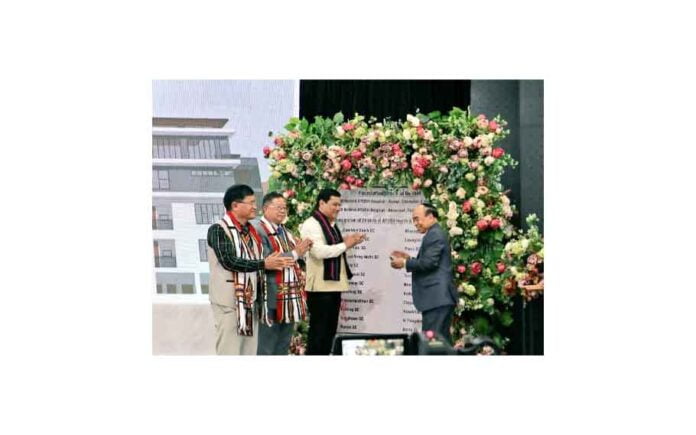 Mizoram: Union Minister of Ports, Shipping & Waterways and Ayush – Sarbananda Sonowal today laid the foundation stone for six AYUSH hospitals with a total bedding capacity of 50 beds and another hospital with a capacity of 10 beds at Dawrpui Multipurpose Hall, Aizawl.

Speaking at the function, the Minister emphasized on the vital role of northeastern states in terms of resources, and added that the Central Government has given the region special attention since it has the potential to become a stronghold of India’s resources.

Mizoram With The Potential To Achieve Goal Of ‘Atmanirbhar Bharat’

He also noted that state has a great deal of potential for achieving the goal of ‘Atmanirbhar Bharat’, and he expressed his hope that the project for the foundation stone set today would be finished on time.