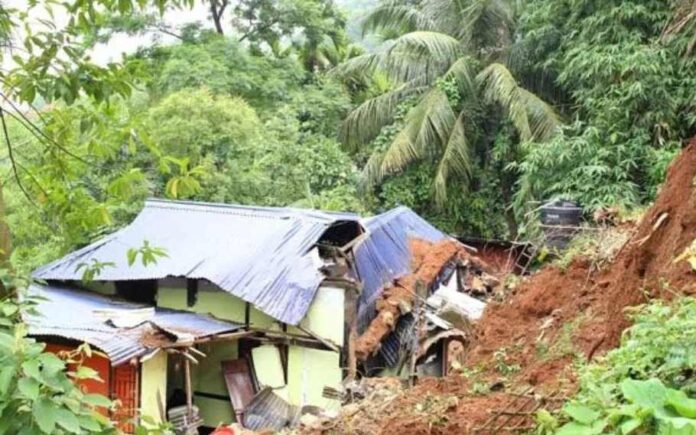 Assam Landslide: Heavy shower in the state, has resulted in floods and landslides thus affecting the lives of many people.

Two siblings from Azadnagar area of Goalpara district were buried alive when a guard wall collapsed and fell on to their house amid incessant rainfall triggering assam landslide. The incident took place in the wee hours of Thursday.

As per reports, both the siblings were sleeping when the wall collapsed on to their house. The deceased children have been identified as Hussain Ali and Asma Khatun.

The State Disaster Response Force or the SDRF received the information and immediately rushed to the scene along with the Fire and Emergency service team. The bodies of the two children were then later sent to the Goalpara Civil Hospital for post mortem.

As per reports from sources, the deceased victim’s neighbour said, “A guard wall collapsed and fell on the house of  Asiruddin Sikdar early this morning. Both his minor children, Hussain Ali and Asma Khatun got trapped and eventually died.”

Assam reported a total of six deaths so far since Monday night due to heavy rainfall triggering landslides in several parts of the state.