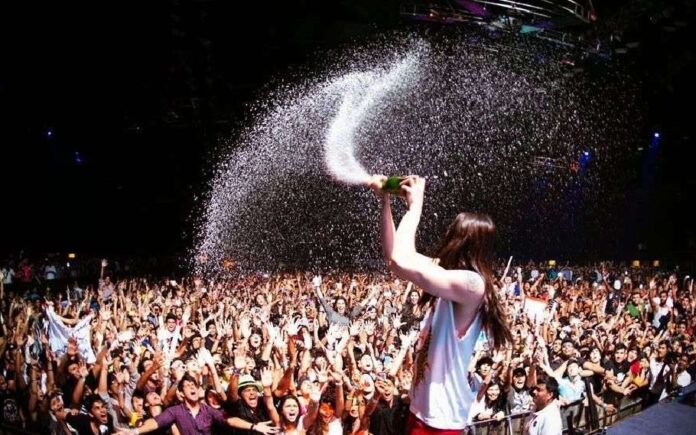 Best Music Festivals of NE India; The northeastern region of India is known for its fierce festivals and diverse culture. From the beginning, the indigenous people of Northeast India have been indulging in festivities and celebrations. Hence, dance, music, and other forms of art are integral parts of their existence. Other than traditional activities, after the introduction of television and social media, many youngsters came up with the idea of organizing best music festivals of NE India and events where regional and renowned music artists can showcase their talents.

Here is the list of the best music festivals of NE India and cultural fests we think you should not miss. Have a look!

Held every year in the first week of December, Hornbill Festival is a celebration of music. Also known as the ‘Festival of Festivals, it was first held in the year 2000. Hornbill is organized by the Art & Culture Departments and State Government and displays a melange of cultures under one roof. It is a festival in which all the tribes of Nagaland take part. This festival was started to revive and protect the rich and diverse culture of Nagaland and showcase its extravaganza and traditions.
For its visitors, it means having a closer understanding of the local people and culture of Nagaland. This festival allows experiencing the delectable cuisine, melodious music, dances, and traditional customs of Nagaland. Hornbill is undoubtedly one of the best music festivals of NE India.

The Ziro valley is a perfect place for a music festival of big sales because it is inhabited only by a local tribe namely Apatanis. The Ziro Music Festival is supported by the state government of Arunachal Pradesh and it features in its annual calendar of cultural events. Music bands and individual artists come from all corners of the country to take part in this yearly gathering of indie performers. In September 2011, a group of music lovers thronged the remote Ziro valley in Arunachal Pradesh with the help of Apatani tribesmen to produce a long weekend that displayed the best independent musicians of India. This festival in the Ziro Valley is one of the most sought-after and famous music festivals in northeast India.

Nh7 Weekender is an annual multi-city music festival in India. Created by an organization known as Only Much Louder, it is one of the largest music festivals in South Asia. The Shillong edition of this festival began in 2015 and since then it has become a huge event in northeast India and has witnessed performances by international music bands like Steven Wilson, Steve Wai, and Megadeth. A wide variety of stalls are set up during the festival which offers contemporary and traditional cuisine other than a host of beverages.

Began in 2010, Metropolis Asia was founded by a young entrepreneur from Guwahati known as Ranjan Engti. Initially, it was a three-day-long annual celebration of art, craft and music organized each year with the help of Assam Tourism. This music festival is a collaboration of creative youngsters from all over the country and from outside the country.

The event is popular as one of the largest urban winter and happiest and best music festivals of NE India. In 3 days, more than 500 activities take place in this pure cultural vitality. Metropolis Asia brings an unmatched celebration of dance, theatre, music, art, and workshops by famous and upcoming artists from all over the globe each year. Metropolis Asia is one of the best music festivals in northeast India.