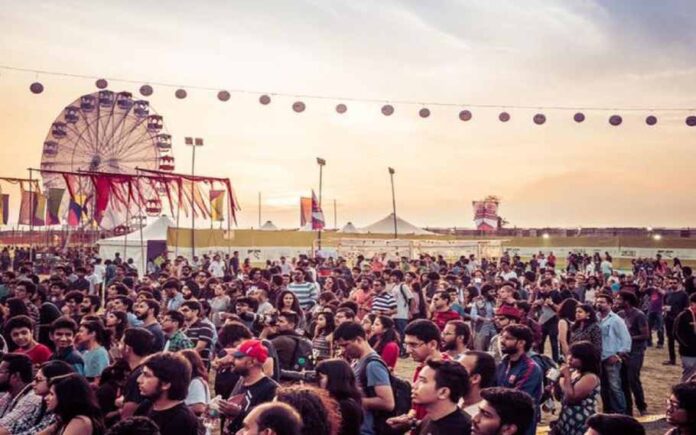 These best music festivals of northeast are sometimes funded by the state and sometime by private parties. But the idea of organizing such an event at a large scale enables people to know more about the land and culture.

The annual festival which is generally held in multiple cities including Meghalaya offers a 3 day musical event. Popular artists from around the globe perform at the event. Some of the popular bands – Switchfoot, Poets of the fall, Megadeth, and solo artists like Steve Wai and Steven Wilson have performed at the festival. In addition, a wide variety of stalls are also set up offering an array of cuisine and beverages. The festival is not only enjoyed by the young crowd but all age group alike.

The Hornbill Festival is another celebration of Music held in Nagaland. The festival is generally organised during the first week of December. The festival dates back to the year 2000 when it was first organized by the Art and Culture Departments and the State Government.

The main aim of the festival was to revive and protect the rich and diverse culture of the state and showcase its extravaganza. People visiting the festival gets a close picture of the tribe, and its culture and gets an opportunity to witness dance performances and traditions of Nagaland.

Set at a beautiful location of Arunachal Pradesh, the festival brings to a perfect opportunity to interact with the Apatani tribe. The festival is sponsored by the state government and offers a wide range of activities including – music, performances, dance, food and others.

Held in the month of September since the year 2011, music lovers from across the country comes to be a part of the festival.

Started at the year 2010, Metropolis Asia was founded by a group of young entrepreneurs from Guwahati. The event was organised and was funded by the Assam Government initially. Later, the festival was shifted to Shillong.

The event is one of the most popular winter festivals of the northeastern region. More than 300 activities are conducted in a 3 days time.

Another best music festivals of Northeast is at the state of Arunachal Pradesh, the Orange Festival. The festival is celebrated for four days and offers varied activities – starting from Zip lining, all terrain vehicle rides, angling and river rafting. Many famous artists perform at the festival.

Well, reading about the best music festivals of northeast surely makes your feet itch and attend them right away. Be sure to check the tickets and other basic necessities and permit before booking your tickets.

Also Read : Did you know Meghan and Prince Harry are distant cousins