Mules used in Char Dham Yatra on Kedarnath dying due to overwork, 2022 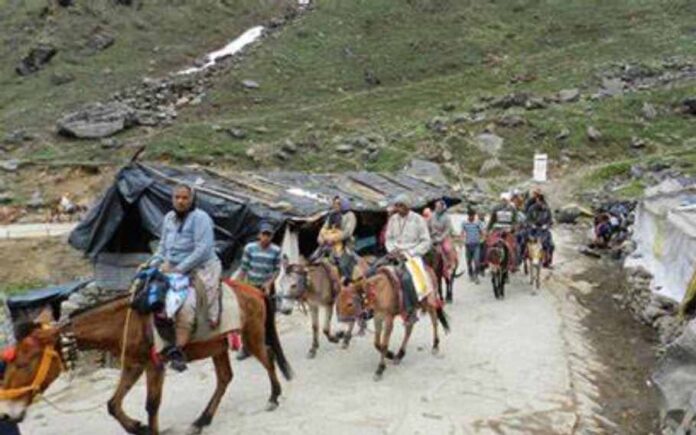 The mules used on the Kedarnath route of the Char Dham yatra are dying of exhaustion. The difficult terrain of the Kedarnath trek claimed the lives of 60 mules in just 20 days.

Mule owners and handlers are accused of overworking the animals as a result of excessive footfall caused by the COVID pandemic’s backlog in the last two years.

According to a report, animal husbandry minister Saurabh Bahuguna recently instructed mule handlers not to burden the animals, but to no avail.

Mules are given drugs to keep them working

Pilgrims and locals claim that the mules are given drugs to keep them going and that they are beaten violently to force them to work.

The handlers are only allowed to take one mule at a time. They are, however, disregarding the rules at will. On the former route, there were four stop and rest spots for animals before the Uttarakhand floods of 2013. On the other hand, there are none on the new path.

A traveler from Rajasthan was reported in the newspaper as stating, “It is a typical sight to witness the animals slipping especially on the way down due to rainfall and terrain.”

Meanwhile, police and administrative authorities, as well as veterinary staff from the Rudraprayag chief veterinary office, have been sent to check on any sick or exhausted animals. Officials claim they are working nonstop to monitor the health of animals along the path.

Also Read: Woman claims herself to be Goddess Parvati and marry Lord Shiva