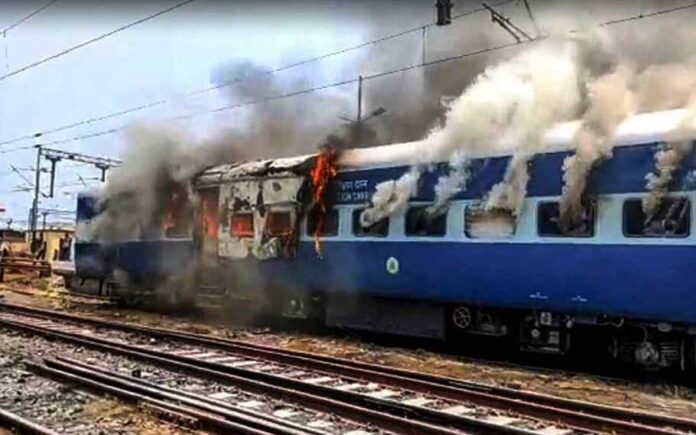 A violent clash broke out in several parts of Bihar for second consecutive day against the radical Agnipath Scheme for the recruitment of the armed forces.

As per reports from NDTV, the violent protesters smashed glass windows of the intercity express train at Bhabua Road Railway station and had set one of the coaches on fire. The protesters raised slogans against the scheme with banners that read, “Indian Army Lovers”.

The railway station in Arrah turned to a area of clash as police had to resort to tear gas shelling to disperse the crowd of protesters.

Reports also reveal that in Jehanabad, students pelted stones that injured many people, including a few policemen.

In Nawada it has been reported that the protesters burnt tyres at public spaces and demanded for the roll back of the scheme.

The new schemes put in place provides for a contractual basis of recruitment of jawans for four years without gratuity and pension benefits.