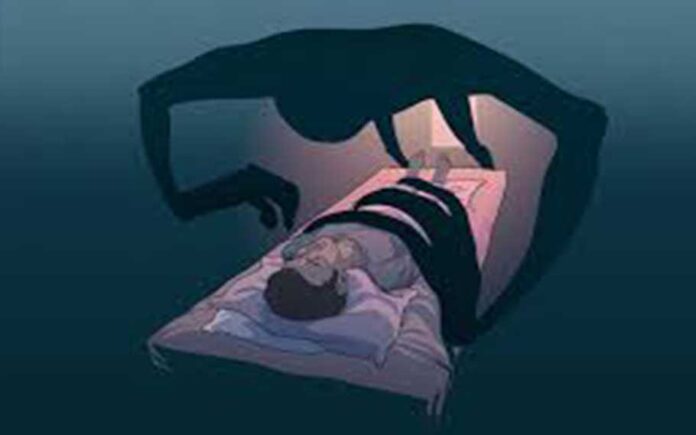 Sleep paralysis is a common problem that is experienced by many people round the globe. A person experiencing this problem experiences an episode of hallucination. These hallucinations occur at a time when one is asleep and thus prevents any kind of movement.

The one who experiences it, often wakes up in sweat and despair.

According to a world report, every 1 per cent of a crowd experiences sleep paralysis and has nightmares during their sleep. The reason behind the experience is not known till date. Many associate these experiences with age old beliefs such as black magic, stories and paranormal activities. But these reasons often have no scientific backings. Researchers believe that such experiences are often a result of physical and psychological undertakings that one goes through.

Sleep Paralysis generally occurs as a result of glitch in the brain cells that causes an interface between being awake and having a rapid movement of eyes. The Rapid Eye Movement or REM is an experience where one feels like the dream is life like. As if it is happening at the moment. As a result, your body tends to act out on these movements but to prevent any of these the brain tells your body to become paralyse. This experience can be quite traumatic and may lead you to have sleepless nights at times.

Sometimes, these night mares may include visuals that may include seeing ghosts and alien like creatures. Every country has their own set of perception and idea regarding the paralysis. Some believe that jinn causes these nightmares to an individual. People in Italy has a different thinking about sleep paralyses – they believe that it can be a result of Pandafeche which is a giant cat.

The nightmares thus have a profound impact on ones live and can be traumatic to many.

Thus, people who suffer from sleep paralysis, they do not escape from reality but have more of life like dreams. These traumatic experiences can sometimes lead to mental disorders. Although, people are so much more advance in terms of technology and development but till date no one could find the answers to the reason behind such experiences.