Did you know the filling in Kitkat is made from damaged kitkat? 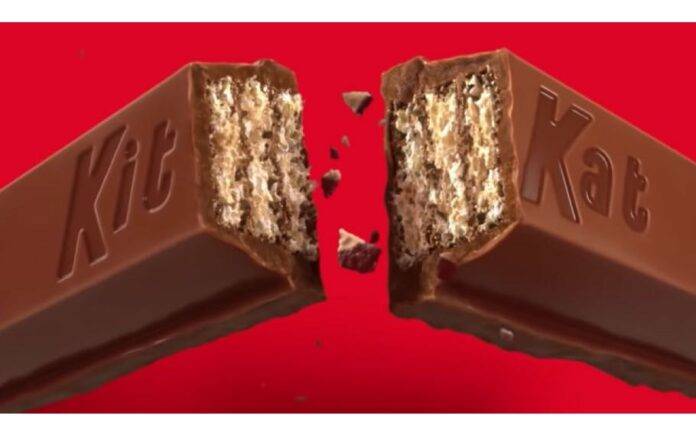 KitKat is the most loved and consumed product around the world. It is generally said to be a Scottish-Swiss-Japanese innovation. It is considered as a symbol of the paradoxical nature of globalisation today. But did you know that the filling of the most liked products in recent times is made from damaged Kit Kats?

How is Kitkat made?

According to a report by the BBC, the crispy wafers of KitKat are stuffed with crushed-up Kit Kats. Gregg Wallace an English broadcaster, entrepreneur, media personality, writer and former greengrocer, who is widely known for co-presenting MasterChef, Celebrity MasterChef and MasterChef went behind the scenes at Nestlé’s factory in York to learn the tricks of the trade and once after witnessing the entire process Wallace was left shocked.

According to the report, when Wallace asked a factory worker about where all of the broken Kit Kats go, she replied to his shock that these broken pieces go into re-work, where they’re used for the fillings for the wafer. So basically the KitKat we all love to eat is crushed up Kit-Kat bars which makes every one of us wonder how the first Kit-Kat bar was ever made. The final layer of chocolate is drizzled on the top of the wafers after they are cut to size and then dropped into moulds full of melted chocolate.

From the field sneak peak, Gregg also learned how a unique, custom-made topping is produced especially for Kit Kats, as its manufacturer believes that using a regular milk chocolate ‘wouldn’t work.’

Basically, as explained by the representative, the filling between the wafer of a Kit Kat is made from cocoa liquor, sugar and a small amount of re-worked Kit Kat. So it can also be said that KitKat is made out of KitKat.

In 1862, Henry Rowntree, a Quaker patriarch, bought cocoa works in York, in the north of England. Hereafter, he moved the firm to an unlikely location to a former industrial iron foundry. He then built a family sweet-making business with his brother Joseph. They later hired a French confectioner to develop recipes. It was in 1930 when the company launched the milk chocolate-covered wafer we now know as the KitKat after an employee suggested Rowntree’s develop a treat “a man could take to work in his pack”.

In its 85th anniversary, the iconic slogan of KitKat was introduced. Its tag line “Have a break, have a KitKat”, which was a 10-day rest as part of a campaign still remains iconic and catchy till date. The term “Break” had a double meaning that suited it perfectly to the product. “Break” to break and “Break” to rest. This double meaning became the backbone of the slogan with “Have a Break”.

It was after a whole year when the company started to use the slogan in the brand’s first television commercials. Since then, it has been a constant in Kit Kat’s advertising campaigns. The slogan was make a creative out of simple words and hold a flexibility in the concept. It viewed that taking a break could be applied to all kinds of hilarious, stressful and comical situations.