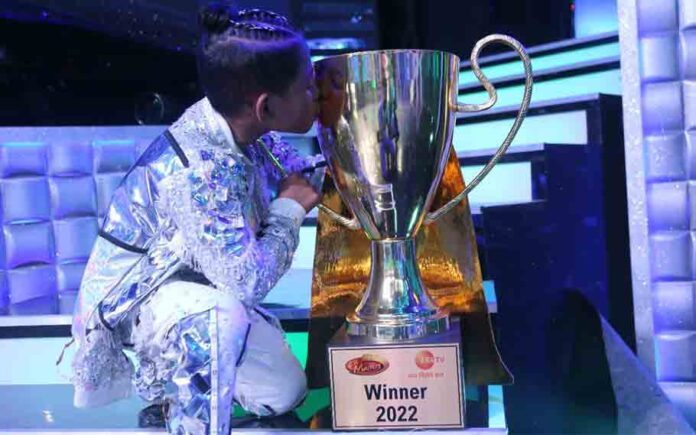 The winner of the fifth season of the dancing reality series DID Lil Masters is Nobojit Narzary from Assam. On Sunday night, the show’s final episode was broadcast. Adhyashree was named the second runner-up on the show, and Appun Pegu was named the first runner-up.

Nobojit Narzary, a 9-year-old boy from Assam, won the DID Lil Masters competition. He is well-known for his freestyle, hip-hop, and contemporary dance moves, which have won him the admiration of all the show’s captains as well as the judges Sonali, Remo, and Mouni.

One of the most-watched reality programs right now is DID Lil Masters Season 5. This season’s host was Jay Bhanushali, while the judges included Remo D’Souza, Sonali Bendre, and Mouni Roy. The skippers, Paul Marshal, Vartika Jha, and Vaibhav Ghuge, assisted and prepared the competitors.