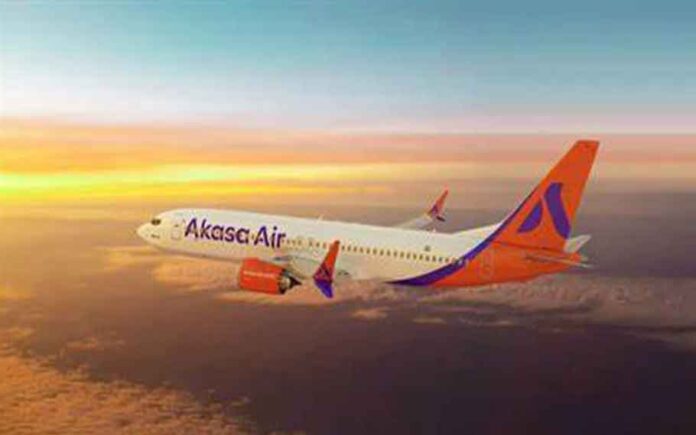 Rakesh Jhunjhunwala backed Akasa Air, shared a picture of its first aircraft on their social media handle, and captioned it “Can’t keep calm! Say hi to our QP-pie!”

As per reports, the airline planned to start operations in July, and said that the code will be QP. This is similar to all the airlines of the world having a designated code.

The aircraft got a clearance certificate from the civil aviation ministry in October and received a green signal to fly the commercial aircraft.

Vinay Dube who is the CEO of Akasa Air said, “As we get closer to the airline launch date, we can now confirm refined estimates on our timelines. We expect our first aircraft delivery by early June 2022, intending to start commercial operations in July 2022.”

The airline also promises the cheapest travel fare in India, it has kept its tagline as ‘it’s your sky’ as the company aims to create an inclusive environment so that Indian passengers coming from different socioeconomic statuses can avail of the transport.