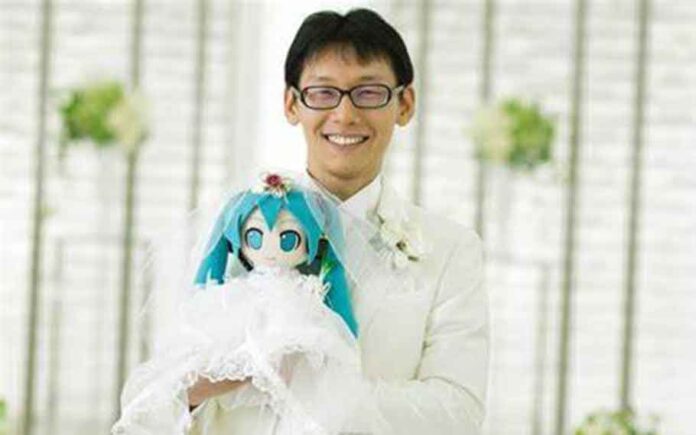 in quite an unusual case, a Japanese fictosexual man who married a hologram wife says that he was not able to bond with his wife for the past four years because of discontinued tech.

As per study at the National Institue of Health, “Fictosexuals are part of the LGBTQIA+ community, with some saying they also identify as asexual because they would never pursue sex with a real person.”

The man named kondo was apparently dating Hatsune Miku, the hologram wife. They dated for a decade before deciding to get married in 2018.

Kondo is a ‘fictosexual man’ who is attracted fictional characters. He reportedly spent more than $17,300 on nuptials for his wedding with Hatsune Miku, the hologram wife.

As per janpanese newspaper Mainichi, Kondo talks to his wife with the help of Gatebox which is a machine that allows humans to interact with fictional characters. Due to the sudden suspension of Gatebox software, Kondo narrates that he has not been able to talk to his wife since then.

According to reports, Kondo still feels for his wife and is determined to not give up his feeling even though technology came in their way. He said, “love for Miku hasnt changed and the wedding ceremony was held as love for Miku was forever.” Currently, Kondo carries around a life like version of his hologram wife, Hatsune Miku.