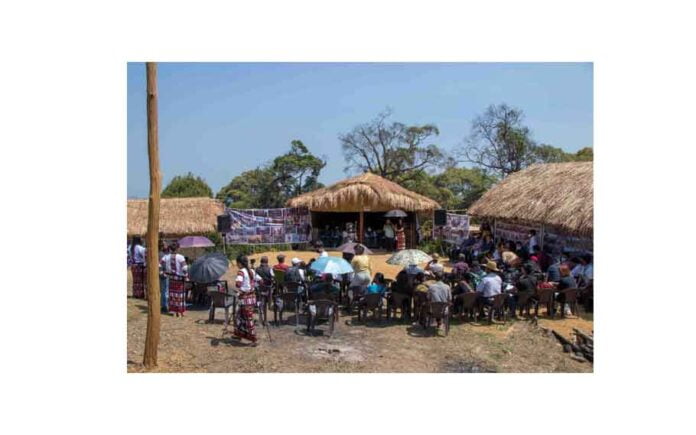 An initiative undertaken by the Public Relations Department & Mizoram Film Forum (MFF), this film city will be utilized for shooting movies and documentaries.

During the inaugural ceremony, Lalruatkima highlighted the importance of films to showcase culture, as well as the fact that the government’s Nodal Agency is keeping-up with the latest techniques for promoting the state’s film sector.

The Minister also expressed gratitude to the Ailawng Society for leasing land to construct the Film City.

In addition, the IPR Director – Lallianpuii elaborated on the genesis of Ailawng Film City, stating that the hamlet’s primary goal is to establish an atmosphere that can reproduce Mizo culture and traditions.

The Mizoram Film Forum (MFF) & the Department of Information and Public Relations (DIPR) inked an agreement for Ailawng Film City in 2018. Unfortunately, the Film City was destroyed by an inferno in January 2021, in which 16 ancient Mizo dwellings were burned to ashes.

Fortunately, a number of generous individuals and organizations raised over Rs. 8 lakhs to reconstruct the Film City.