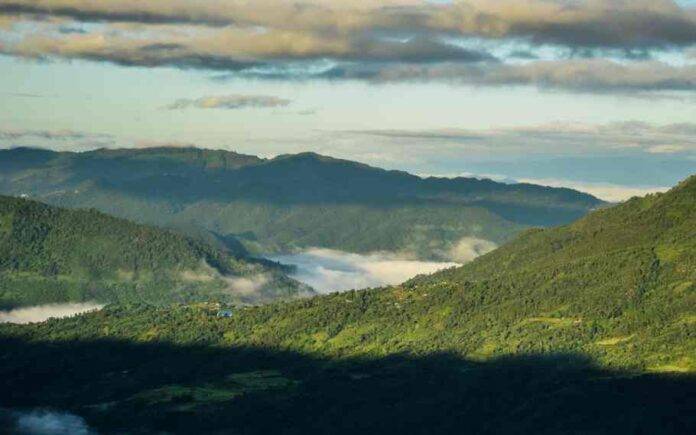 Facts about Manipur: Nestled in the Northeastern part of India, Manipur is a gem of a place. The state has endowed us with interesting history, uniqueness and culture.

Here we present to you some fascinated facts about Manipur-

Land of Gandharvas: One of the facts about Manipur, legends say that the inhabitants of Manipur are originally Gandharvas who are the celestial singers and dancers. It is also a term for skilled singers in Indian classical music.

They are said to have exceptional musical skills. They guard the Soma and play beautiful music for the gods in their palaces. Gandharvas are frequently depicted as singers in the court of the gods.

Another facts about Manipur is that the park occupies a pride of place and is acknowledged by the populace in the folklore and culture of the Manipur state. From a small herd of 14 deer in 1975, its population was allegedly 155 in 1995. However, recent data unveils that as per the latest wildlife census conducted in March 2016 its number rose to 260.

It is to be noted that the size of the park varies with the seasons as it is formed of phumdis. The surrounding regions of the lake are kept on the ground to the bed of the lake during the dry season but get almost considerably submerged for a few days during the monsoon season. It emerges and floats to the surface fully a few days later, separating from the ground.

The deity king of Manipur, Kangba, is well known for its invention in the 14th century BC. The first organized Sagol Kangjei match was held in 33 AD under the orders of another Manipuri king, Nongda Pakhangba. Since then the game has remained an integral part of Manipuri culture for centuries. It was not very well known outside of Manipur. The British came to learn about it by chance.

Played on the back of the Manipuri pony, the Sagol Kangjei used to be a special breed of pony that was used by Manipuris since ancient times for rituals, wars, and sports but never as workhorses. However, it has faced a lot of skeptical views and a lot of disagreement among experts regarding the origin of these ponies. Some of these experts claim that Tibetan ponies were their ancestors. But on the other hand others mention that the breed was created by crossing the Mongolian wild horse with the Arabian horse.

The only-women market: The Ima Market is a market in the middle of Imphal and is the only market in the world run entirely by women. However, male shopkeepers and Male vendors are not allowed to enter the space.

The Government of Manipur has announced that the male shopkeepers and vendors will be punished if their shops and vendors are found inside the market.

The market was established in the 16th century. It provides a reliable occupation to around 5,000–6,000 women vendors who sell a variety of products. They include fruits, textiles, toys, fish, spices and utensils available in the market.

One can also find a war museum which possesses a collection of rare war items and relics which includes the weapon materials used by the soldiers during the war. Every year, many Japanese and British visit the site to pay homage to their ancestors who lost their lives here in the war for their motherland.

Also Read : 10 Fashion Hacks you did not know it exists; Read to find out