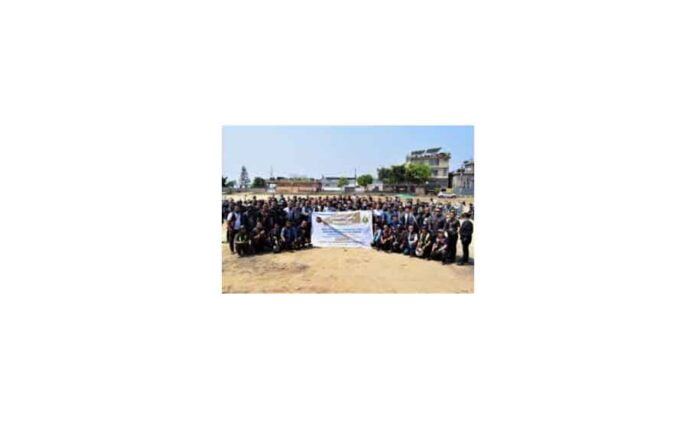 Mizoram: The Excise & Narcotics Department of Mizoram, in association with the Ministry of Finance & Department of Revenue (Narcotic Control) today organized the ‘Anti-Drugs Awareness Rally’ with the Mizoram Cycle Association (MiCA) and Aizawl Thunders; in an effort to raise awareness on the negative impacts of drug abuse.

This initiative was flagged-off by the Commissioner & Secretary to Excise & Narcotics Department – K.T. Beicho at around 6:30 AM.

These cyclists will visit hamlets, and raise awareness about the dangers of drug misuse. C. Lalawmpuia – who recently rode from Aizawl to Kolkata; and Elzeta Varte – who recently completed a 3-Country Point cycling journey that began in Vairengte and culminated at the state’s southern tip, are among the riders.

Meanwhile, the Commissioner of Excise & Narcotics Department – Ngurchungnunga Sailo at around 10 AM, flagged off Aizawl Thunders – a team of bullet bike riders.

In his remarks to the motorcyclists, Sailo emphasized on the necessity of increasing awareness about the harmful effects of narcotics, which are currently invading the state’s youth.

It”s worth noting that the ‘Anti-Drugs Awareness Rally’ is an initiative funded by the National Fund for Control of Drug Abuse (NFCDA).

ALSO READ: MIZORAM : 223 NEW RAILWAY TRACKS IN LAWNGTLAI PLACED ON HOLD FOR THE CAUSE OF LOSS