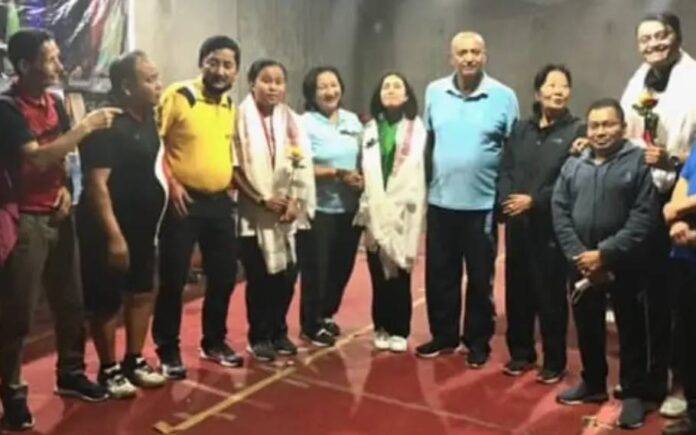 Out of the six players, three are female participants, the STTA said in a press release.

Rupesh Lama has been named the coach for both the teams.

The championship scheduled to be held in Shillong from April 18 to 25 will have 550 players with 307 competing in men’s singles and 243 in women’s singles.

Tokyo Olympians Sharath Ajanta Kamal, Ganeskaran Sathyan, Manika Batra and Sutirtha Mukherjee will also be participating in the championship along with other national and international athletes.

This year, the championship will have highest ever participants in team events with 38 men’s team and 35 women’s team.

Congratulating the Sikkim players for representing State in the national championship, Sikkim Olympic Association president Kuber Bhandari emphasised on maintaining disciplines, and learning from the Olympians and other national and international players at the championship.