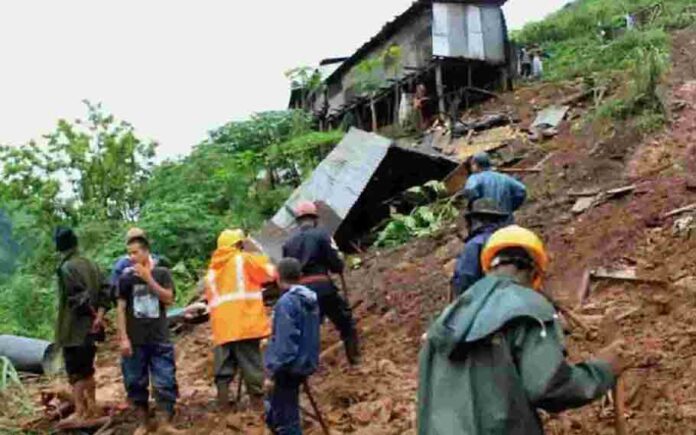 In the early hours of Tuesday, a woman and her two children, who were 10 years and 7 months old, perished in a landslide near Gangtok in Sikkim that was caused by torrential rainfall.

The landslide was struck around 1 am, as the woman and her children were resting

The lady, known as Doma Sherpa (27), and her two boys were reportedly resting in their hut in Rongey Dokan Dara when the landslide struck at around 1 am in the morning, according to officials. They claimed that the landslide entirely buried their hut.

The three bodies have all been found under the rubble, according to Rabin Sewa, a sub-divisional magistrate from Gangtok, the capital of Sikkim.

Bimal Mangar, the father of the children, is a driver by profession and was in West Bengal’s Siliguri when the incident took place.