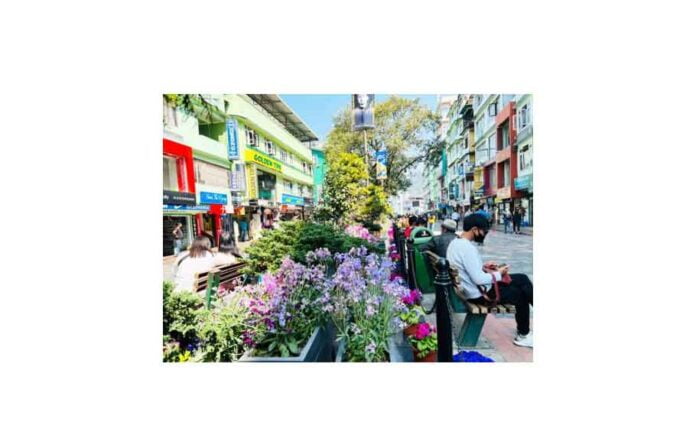 Sikkim: The Urban Development department, under the direction of State government, has been undertaking various measures to keep the Sikkim’s cities clean, green, beautiful, and livable.

In its endeavor to fulfill this task, the department, besides keeping the cities clean has also been beautifying them with seasonal flowers.

“Today, Gangtok city with floral decoration by Urban Development department, Government of Sikkim is exceptionally inviting, a treat for eyes and refreshing aura for one’s souls.

The department has installed flowers all over M.G. Marg, flyovers and along the highways, giving it a beautiful and festive look,” said the department in a press statement today.

“However, the effort of government alone cannot sustain the process, unless all stakeholders and public in general, come forward to support government’s endeavour.

Post pandemic, the tourist inflow has increased by manifold and the beautification of Gangtok and other cities with seasonal flowers has become major attraction for them.

But at times, these efforts are found daunting, when we come across reports of miscreants vandalizing, plucking and stealing flowers and damaging the public properties.

Such an act is not acceptable in a civilized society. The department seeks full cooperation from all members of civil society and stakeholders in upkeeping and maintaining the grandeur of our cities,” said the Urban Development department.