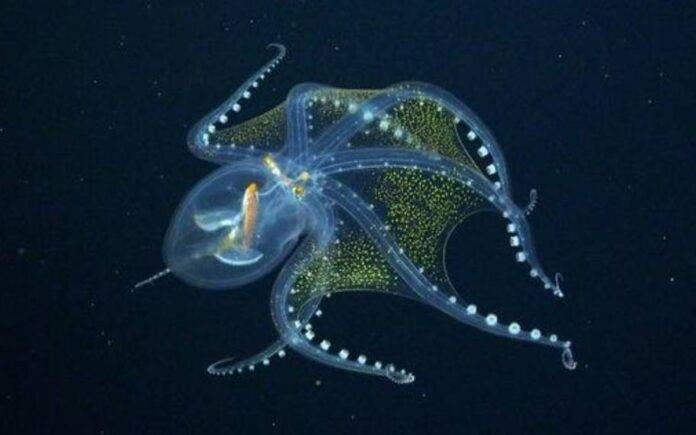 Rare Glass Octopus leaves internet amazed. One spectacular phenomenon of nature was captured in a video which is now going viral on social media. A clip posted on microblogging site Twitter shows a rare species of glass octopus, Vitreledonella richardi, floating in the sea.

It is noted that the video was posted by ‘The Oxygen Project’ and it features a marine creature living deep down in the vast ocean. The glass octopus is as clear as glass and one can only see its nerves, eyes and digestive tract.

The caption reads, “The glass octopus (Vitreledonella richardi) is a very rarely seen cephalopod found in tropical and subtropical waters around the world. These beautiful creatures are found in the deep sea where sunlight doesn’t reach.”

the video of rare glass octopus has amassed more than 19,000 views. A social media user commented, “The definition of the development of life is seen in the sea itself.” Another commented, “They’re also so clear as glass that you can see their nerves and digestive tract. Their appearance is camouflaged, and this ability will protect them from attack.”