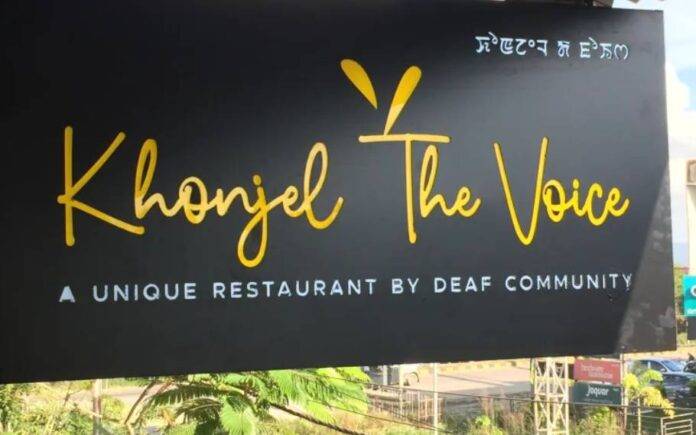 Manipur gets North-East Region’s first-ever restaurant run by deaf community. Notably, the restaurant, named, Khongjel The Voice is located at Luwangshangbam near Liberal College in Imphal.

Initiated by Rohan Philem, a social activist and a cyclist, the restaurant ‘Khongjel The Voice’ is the first hotel in North-East Region to be entirely run the differently-abled persons.

“A few months back, I received a special appeal from the deaf person community that they have not been able to get a platform and inclusion in the society. So, I came up with this venture with an aim to provide employment opportunities and also create a platform where they can showcase their skills and talents,” said Rohan Philem.

Rohan Philem further added, “This is our pilot project and a few more branches in Imphal city are in the pipeline. We are also planning to expand in other parts of the northeast region because our main objective is to employ people from the deaf community as much as we can.”