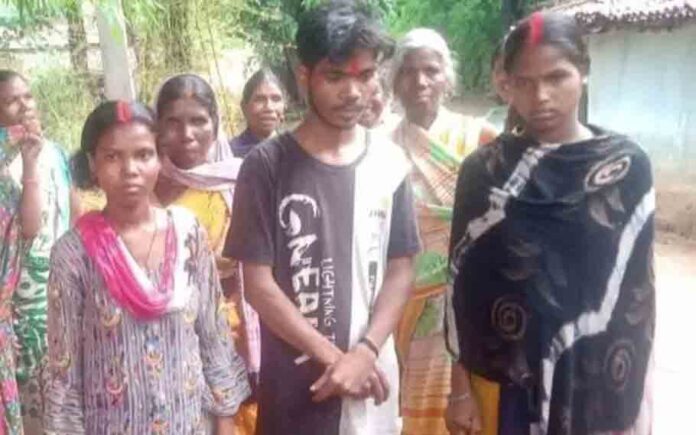 In the village of Lohardaga in Jharkhand, a man married both of his girlfriends at the same time. For the three newlyweds, the unusual marriage was a mutual decision.

Jharkhand groom loves both his girlfriends

Kusum Lakra and Swati Kumari, both from Lohardaga’s Bhandra block, Jharkhand, fell in love with the groom, Sandeep Oraon, and married him at the same time in Banda village.

Sandeep and Kusum had been in a three-year live-in relationship. They have a child together as well. When Sandeep left to work in a brick kiln in West Bengal a year ago, their love story took a turn.

Sandeep was introduced to Swati Kumari, who had also arrived to work there. Even after they went home, the two continued to meet. Their family members and locals eventually learned of their relationship and began to oppose it.

The people gathered a panchayat after a series of brawls, and it was agreed that Sandeep should marry both women. The women and their families were unconcerned.

Meanwhile, after tying the knots, Sandeep told India Today, “There may be a legal issue with marrying two women together, but I love both of them and I cannot leave either of them.”