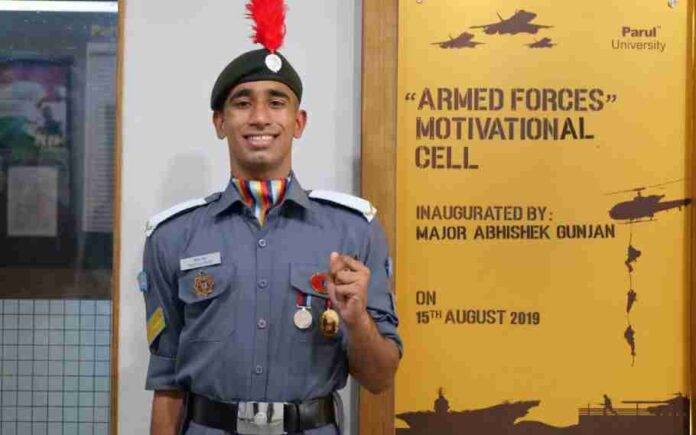 In a matter of pride for the city and the state, city-based Parul University’s student Dheeraj Singh is gearing up to join the Indian Army.

He is the only cadet from Gujarat to be adjudged as the Best All India Cadet (SD) Air Wing and felicitated by the Prime Minister of India, Shri Narendra Modi.

In addition, he has several other commendable achievements under his belt such as receiving the Raksha Mantri Commendation Card for his excellent service and performance in the NCC, being selected as the Goodwill Indian Ambassador in Youth Exchange Program in Bangladesh, and receiving the Governor’s Gold Medal in 2021, among others.

This is not the first time a student from PU is joining the Armed Forces. Kudos to the efforts taken by the University to groom such outstanding students who aim to serve the nation.