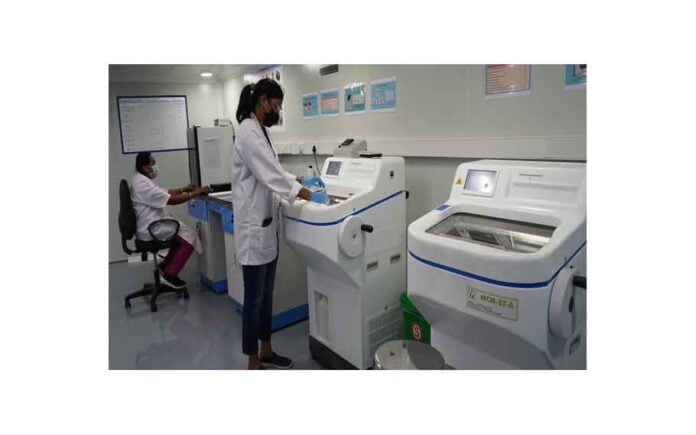 IIT Madras, The Indian Institute of Technology has launched the Sudha Gopalakrishnan Brain Centre with a focus on high-resolution brain imaging and to map the human brain at the cellular and connectivity levels.

The brain centre was inaugurated on Saturday, March 19 in the presence of Prof. K. VijayRaghavan, Principal Scientific Adviser to the Government of India, Prof. V. Kamakoti, Director, IIT Madras, other dignitaries, the release mentioned.

“IIT Madras plans to train hundreds of undergraduate and postgraduate students at this Centre in neuroscience and computing, machine learning techniques on cutting-edge brain data,” it read.

“Entrepreneurship and development in science and technology are important for the nation’s growth. While there have been great strides in supporting entrepreneurship, there is a need for more support to foster world-class research in India.

Scientists and engineers play an important role in feeding the knowledge economy of the country. The country has the right talent, resource and opportunity in leading some areas globally,” Kris Gopalakrishnan said.

IIT Madras At Early Stage Of The Project

“The combination of IIT Madras, which has the expertise in science and data analysis, with medicine is going to be revolutionary.

Going forward, we have an extraordinary problem in Neuroscience, i.e. on the functioning of the human brain.

We are at an earlier stage in our understanding of the human brain functioning. The IIT Madras brain centre will help in solving complex issues that will benefit the world.”

“The dynamic leadership of IIT Madras has shown the ability to herd different kinds of complex talent together. The IIT Madras Research Park is an example and today every institution wants to copy the model,” he added.

The first ongoing project of the Centre titled ‘Computational and Experimental Platform for High-Resolution Terapixel Imaging of ex-vivo Human Brains’ for high-throughout light microscopic imaging of whole human brains is supported by the Office of Principal Scientific Adviser to the Government of India.

Through this project, the Centre has developed a high-throughput histology pipeline that processes whole human brains into high-resolution digital images, it read.