Did you know that 40 per cent of human jobs could be replaced by Artificial Intelligence in the future? 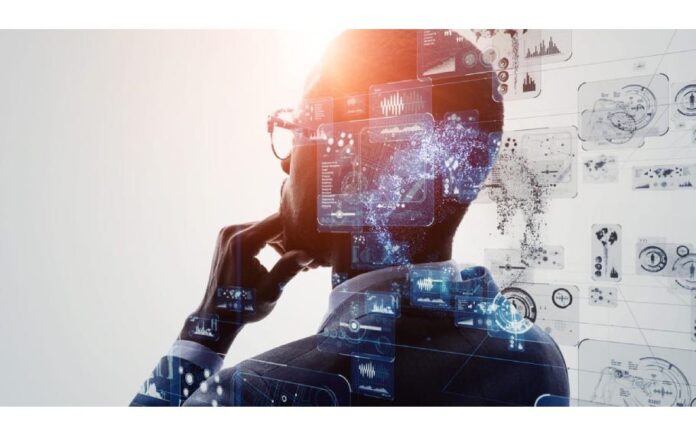 Today is the world of Information Technology Life today is unimaginable without the world of computers. Technologies today handle production, energy recreation and serve users with household solutions with the help of artificial intelligence and machine learning.

In the present times technological innovation has changed the way we do many of our day-to-day tasks. We may also say that artificial intelligence has some way or the other managed to take over the existing civilization.

Artificial Intelligence to take over 40% of human jobs?

The COVID-19 pandemic has accelerated technological advances. From contactless cashiers to robots delivering packages, AI can be considered to be a way of life now. Amidst all these atomization, many are concerned that artificial intelligence (AI) will drive significant automation and destroy the job opportunities for the youth of the generations in the coming decades.

What is Artificial Intelligence?

Despite receiving tons of skeptical reviews from intellectuals around the world the technology created millions of jobs and now comprises 10% of US GDP. According to a report by PwC’s Annual Global CEO Survey around sixty -three percent of CEOs believe AI will have a larger impact than the internet. The report further says that by 2030, Artificial Intelligence will lead to an estimated $15.7 trillion, or 26% increase, in global GDP.

Further, the World Economic Forum in its “Future of Jobs Report 2020”, clearly stated that 85 million jobs will be displaced while 97 million new jobs will be created across 26 countries by 2025. Thus, AI will automate many repetitive tasks like data entry and assembly line manufacturing.

Besides, the technology is most likely to modify the nature of work for many other jobs, allowing workers to focus on higher-value and higher-touch tasks that often require interpersonal interactions. These newly enhanced jobs will create benefits for both businesses and individuals who will have more time to be creative, strategic, and entrepreneurial.

However, for the above mentioned, it is essential for businesses and governments to collaborate on massive reskilling and upskilling initiatives to help employees retrain and prepare for new and future jobs.

Again, according to PwC’s report “Will robots really steal our jobs?” In the next few years, 3% of jobs are to be potentially automated by AI. The World Economic Forum also includes that in the next five years, half of all workers will require some upskilling or reskilling to prepare for changing and new jobs.

Impact of Artificial Intelligence in the present world:

We are in a time now where systems can accomplish tasks we never imagined would be possible back in days of childhood. With Digitalisation challenging the way we live, Artificial intelligence can now mimic human speech, translate languages, diagnose diseases, draft legal documents and play games, that too better than humans.

AI has reached the level where it also knows about the working of the human mind. They know what makes us tick and the stuff we mostly get attracted to. They have the idea of our mind and way of thinking as they gather data about our preferences, browsing history and more. The more data that is gathered about us, the easier it is for the technology to persuade, influence and manipulate us.

With Artificial Intelligence being still new, a lot of secrets, capabilities and implications of this revolutionary technology awaits to be cracked by the users.

The pace of technology is drastically increasing over the passing time. And for this purpose the future employees shall need new models for training that prepare them for an AI-based future.

Also Read: 5 CASES OF WITCHCRAFT IN ASSAM THAT YOU NEED TO KNOW