Do you know there is a Basketball court inside the US Supreme Court? 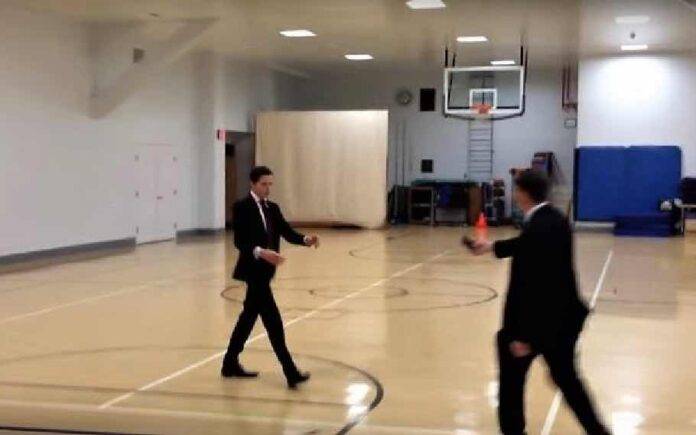 Yes, it is correct, the US Supreme Court has always been famous as the “Highest Court of the Land,” but there’s one more court that sits even above the Supreme Court, literally—a basketball court.

Basketball court inside US Supreme Court

The court was once a spare room to house journals, but sometime in the 1940s, it was converted into a workout area for courthouse workers. Wooden backboards and baskets were installed later, which led to the court’s current use as a basketball court used by clerks, off-duty police officers, and other supreme court employees.

A few notable names that have played in the smaller-than-regulation-sized court aren’t NBA stars, but Supreme Court Justices, such as Byron White and Chief Justice William H. Rehnquist. Sandra Day O’Connor also used the gym, but for women-only yoga classes, not b-ball. While not all employees are spry enough for basketball, many of them do use the full-service gym and weight room, adjacent to the basketball court on the fourth floor. A few of the current justices themselves are known to lift weights during the day, as well!

A sign at the court’s entrance tells would-be players to make sure that they aren’t playing during a court day, and not to assume e-court is not in session. If there is a disturbance during court, a court justice would send a Marshal’s Aide upstairs to kindly remind players of the rules on court days. No one wants to be on the record for disrupting court functions.

Unfortunately, the Highest Court is not open to the public. However, if you listen close enough while in the courtroom, you just might hear the squeaking of shoes and the dribble of a basketball.

The court was once used for tennis by Justice Hugo Black, but eventually basketball became the gym’s mainstay. No activity is allowed while court is in session.

“The original floor was concrete and unforgiving, the room cramped and the ceiling far too low — but that has only added to the quirky charm of what’s known as the Highest Court in the Land.”