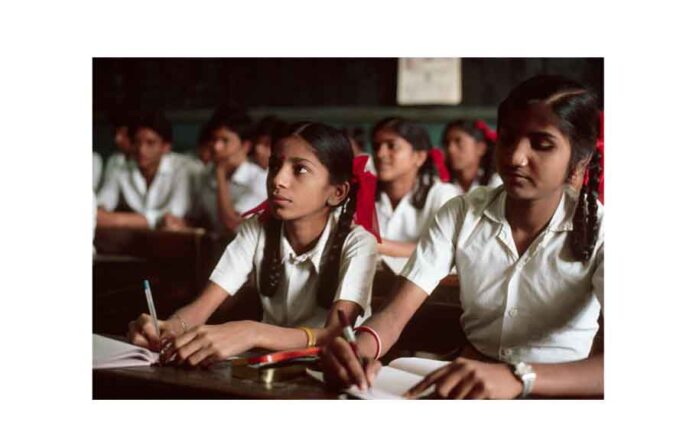 Addressing an event, Mr Pandey said the Kanya Shiksha Pravesh Utsav is being launched by the Women and Child Development Ministry in partnership with the Education Ministry of Union Government.

Bringing out-of-school girls back to the education system has been the target since the Right to Education Act was promulgated, he said.

The officer expressed hope of “reaching a position within a short time where we will be able to put out-of-school girls into formal schooling system”.

“The focus is all boys and girls get quality education. We are making constant efforts to ensure no child, especially girls, are deprived of their right to education,” he said.

The Union Government is are drawing a programme for out-of-school adolescent girls which will be driven by the Anganwadi system in close partnerships with education officers at district and block levels.

“The need has arisen because the Scheme For Adolescent Girls (SAG), which initially took care of out-of-school girls, was getting less traction,” he said.

“In our new scheme under Poshan 2 and Saksham Anganwadi, we will be only taking up girls in the age group of 14-18 years. Girls aged 11-14 years will not be coming in the Anganwadi system in new schooling that will also take care only of the northeastern states and all our aspirational districts,” he added.