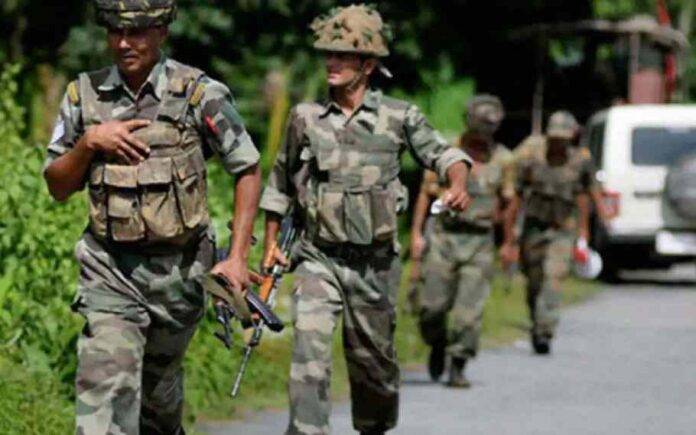 ULFA Claims Responsibility For Ambush: On November 15, the proscribed ULFA (Independent) outfit took responsibility for an ambush on an Army patrol party in Assam’s Tinsukia district on November 14, wherein security forces have claimed that at least one militant was injured.

In an emailed media statement, ULFA outfit said that the ambush, codenamed ‘Operation Lakhipathar’, was undertaken to mark ‘Protest Day’, which the militant organisation observes on November 28.

On November 14, the Army team was ambushed on the Pengeri-Digboi Road in Barpathar area during an area domination exercise.

In this regard, the Army said, ”It has not suffered any damage except for a punctured tyre, and in retaliatory firing, at least one ULFA(I) cadre was seriously injured as was apparent from splattered blood stains found in the forest area”.

It is mentioned that a joint operation with state police was launched in the area immediately after the incident, with tracker dogs and specialised equipment pressed into service.