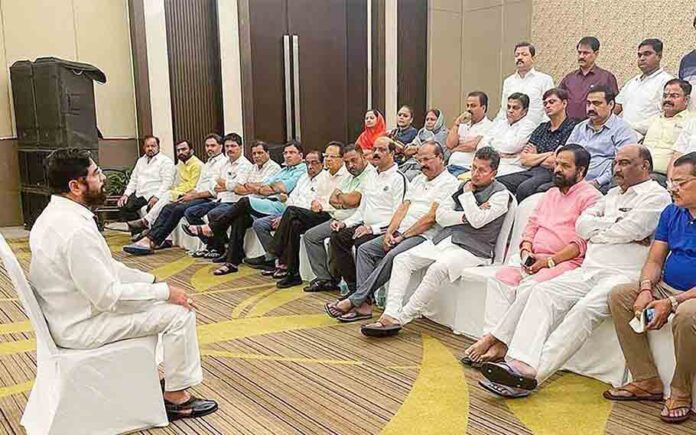 The rebel Shiv Sena MLAs from Maharashtra have donated Rs 51 lakh to help with flood relief efforts in Assam, where they have been camped out for the past week their spokesperson said on Wednesday.

Deepak Kesarkar, the spokesperson for the rebel MLAs, spoke to sources in response to criticism that the Sena rebels were lodging at a fancy hotel in Guwahati while other areas of Assam were experiencing severe flooding.

He said, “Shinde has donated Rs 51 lakh to the Assam Chief Minister’s Relief Fund as our contribution to their ongoing rescue work. We cannot ignore the plight of people here.”

The rebel MLAs have chosen to leave Guwahati and go to a location close to Mumbai, according to Kesarkar, who also noted that Maharashtra Governor B S Koshyari has ordered the Uddhav Thackeray-led Maha Vikas Aghadi (MVA) administration to participate in a floor test on Thursday.

However, a close associate of Shinde claimed that the group would remain in a hotel in Goa and be in Mumbai by 9.30 am on Thursday.