Do you know people in old photographs barely smiled? Here’s why 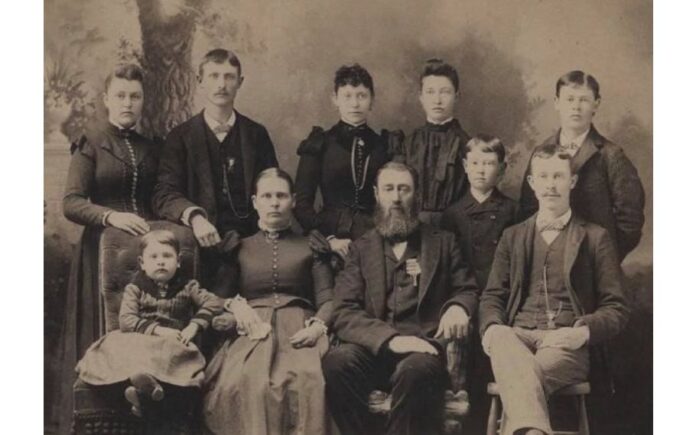 If you have ever noticed, you would find that people in old photographs and paintings barely had a smile on their face. But have you ever wondered why?

By the early years of the 19th century, taking photos became a trend. It’s been more than a century now l, historians have been constantly trying to explain the reason why people didn’t smile in photos during the 19th century and early 20th century. There are theories coming from different experts over the passing years. However, these old photographs hold much deeper meaning behind the lack of smiles.

Arguments over the fact:

Nevertheless, after examining and monitoring experts have put forward different theories to the same. Here are few of them:

Bad teeth: Personal hygiene during the 19th century wasn’t the best and the average person would most probably have bad teeth or even a lot of missing teeth. Because of this reason, some historians such as Nicholas Jeeves believe that bad teeth were normal during that era, therefore they were not considered undesirable. Moreover, back in those days, people didn’t really care what others thought of their appearance.

Lack of Technology: Technology was not so developed at that period. The first generation of cameras could have taken a few minutes to actually set up and prepare to take a photo. Hence, it was difficult and uncomfortable to keep a smile for a few seconds.

According to Todd Gustavson, a technology curator at the George Eastman Museum said that this “limiting factor” was acceptable until the 1850s when the new generation of cameras came out which allowed under the right conditions for the photo to be taken in a few seconds. Even if this were to be the case, you would still have a person here or there that would still keep a smile for as long as it took to take a photo just for the sake of it.

Photographic expertise: Experts from across the world hold that the deeper reason behind the lack of smile in the faces of people back in that time was because people followed the customs of portrait paintings before photography existed. In most portraits during and before the Victorian era people would look serious, they would not smile because they had to sit in the same posture for hours on end for the painter to draw them.

However, other theories hold that being stone faced while having a photoshoot is more elegant than smiling. It is also said, back in that era a custom during the early 19th century was for the photographer to say “prunes” instead of “cheese” in order to make people purse their lips so this would create the effect of a small mouth.

Old Photographs – The most argued opinion delivered was that by not putting a smile on face while photography people wanted to be perceived. Painted portraits of royal family members throughout the world had them pose in a very serious stature that would showcase their opulence and power. Even if social media didn’t exist 200 years ago, people still acclaimed the famous and wanted to follow in their footsteps so that they are seen better by society.

According to arguments and theories people who were caught smiling during a photoshoot were viewed as poor, drunk, unlawful, and clownish. The idea of having that photo forever scared many people to the point where they wanted to make sure it was perfect and it would represent them as the perfect ancestors.

Regardless of all these, by the end of the 19th century people started being themselves and carefree in photographs. Cameras started to become more affordable and sold as a product for everyone to own and this made people take photos of others without them knowing, where they seemed to be their true versions by smiling naturally.

Also Read: PERIOD SEX: WHAT ARE THE POSSIBILITIES OF PREGNANCY?