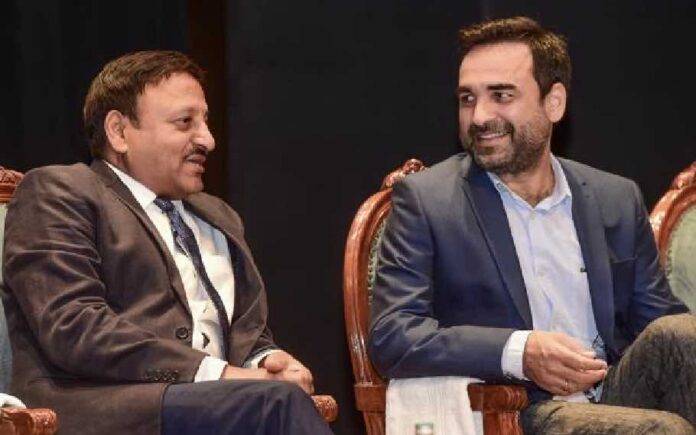 The Election Commission of India makes Pankaj Tripathi the National Icon at a ceremony held in Delhi on Monday.

As per reports, Tripathi was chosen for the honour for his association with ECI in creating awareness amongst voters. The Commissioner gives him the honour on Monday.

Bollywood actor Pankaj Tripathi is known for his realistic acting skills in many films, web series and more. He became quite popular after Mirzapur and Sacred Games, and films like mimi and newton.

Rajiv Kumar who is the CEC said, the decision to honour him was done based on his commitment to the cause and widespread public appeal.

Upon receiving the recognition, he recalls his days of becoming a first time voter. He said, voting rights gave him ‘matdaan’ and ‘sammaan’. He also urged all young people to enroll themselves in the voters list as soon as they turn legal.

Pankaj is a national award winner and has won many awards for his outstanding acting skills.