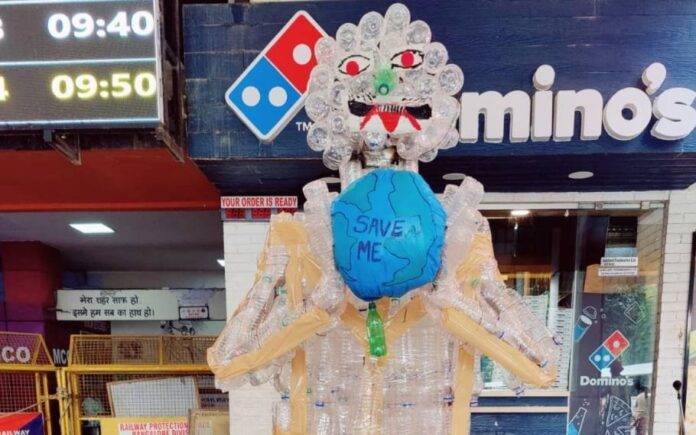 Bengaluru is in the headlines since the South Western Railways in Bengaluru conducted a unique awareness drive on plastic waste disposal at railway stations to create awareness among the people. This even received appreciation from Prime Minister Narendra Modi on microblogging site Twitter.

A placard at the sculpture read, “This sculpture is made of thousands of plastic water bottles, which were collected in the last 12 hours. All these plastic bottles were thrown in and around the railway station.”

Meanwhile, a post on the Twitter handle of South Western Railways read, “Sculpture made from plastic & pet bottles at KSR Bengaluru Station to create awareness on proper disposal of plastic waste.”

Prime Minister Modi is impressed by the efforts of the railway officials. In this regard, he wrote on Twitter, “Such efforts are not only innovative and commendable but most importantly remind us of our basic civic duty of keeping our surroundings and public places clean.”