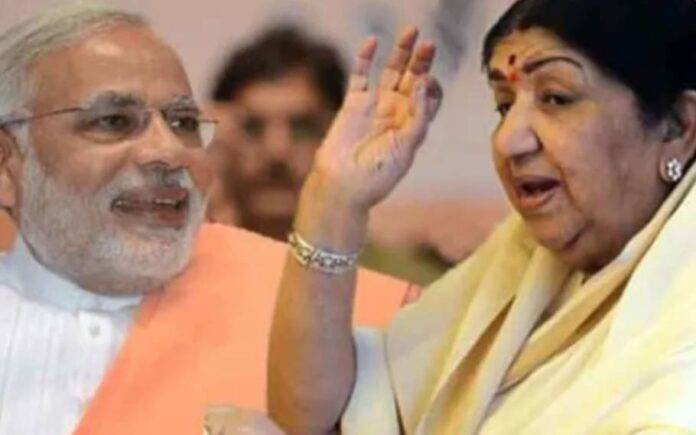 Narendra Modi remembers Lata Mangeshkar on her birth anniversary on Wednesday. It is mentioned that the Prime Minister also hailed the inauguration of Lata Mangeshkar Chowk in Ayodhya that will be held later today.

Remembering the legendary singer, Narendra Modi recalled the ‘innumerable interactions in which she would shower so much affection’. Notably, Lata Mangeshkar, who was a Bharat Ratna awardee, passed away on February 6 this year at the age of 92.

“Remembering Lata Didi on her birth anniversary. There is so much that I recall… the innumerable interactions in which she would shower so much affection. I am glad that today, a Chowk in Ayodhya will be named after her. It is a fitting tribute to one of the greatest Indian icons,” he wrote on microblogging site Twitter.

It is noted that Uttar Pradesh Chief Minister Yogi Adityanath will inaugurate the Lata Mangeshkar Chowk in Ayodhya on the occasion of her 93rd birth anniversary in presence of some of her family members on Wednesday.