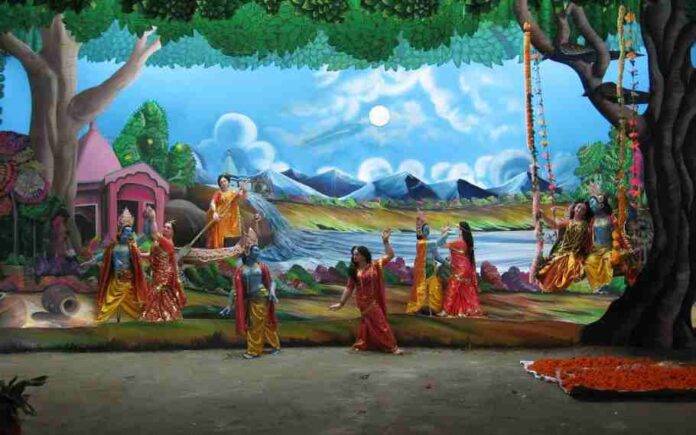 It started with the traditional hoisting of a flag at the event venue. Minister of Tourism and Skill Development of the Government of Assam and local Member of Parliament Jayanta Malla Baruah was present for the opening event.

“Nalbari has become well known for its Raas Festival held at the historic Sri Sri Hari Mandir. Since being elected as the President of the 89th Raas Festival Celebration Committee, I have been trying my best to organize this event beautifully in every way. I would like to ask for everyone’s cooperation to make this festival a success,” said Jayanta Malla Baruah.

The celebration was officially opened by Devananda Deb Goswami, the Satradhikar or head priest of the Bardowa Narwa Satra in Nagaon district, Assam.

Many dignitaries including Ministers of the Assam Cabinet Chandra Mohan Patowary, Pijush Hazarika, BTR Chief Executive Member Pramod Brahma and Queen Oja, the Member of Parliament from Guwahati, were also present for the opening ceremony.