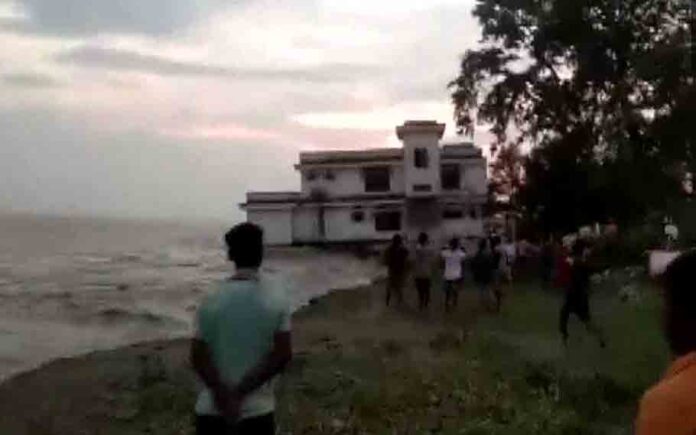 A police station in the Nalbari district was washed away by the erosion of the Brahmaputra River banks as the floods continue to wreak havoc in Assam. On Monday, the strong river current completely wiped away the Police station.

Stunning footage of erosion caused by the Brahmaputra washing away a police station in the Nalbari area of Assam.

The structure appeared to be entirely destroyed in the video. Since no one was inside the station when the incident occurred, there were no recorded injuries or fatalities.

The death toll from the flooding in Assam has risen to 135 as eight more people were confirmed dead on Monday, making the situation there very dire. Approximately 33.03 lakh people in 28 districts are still being impacted by the Assam floods, according to officials.