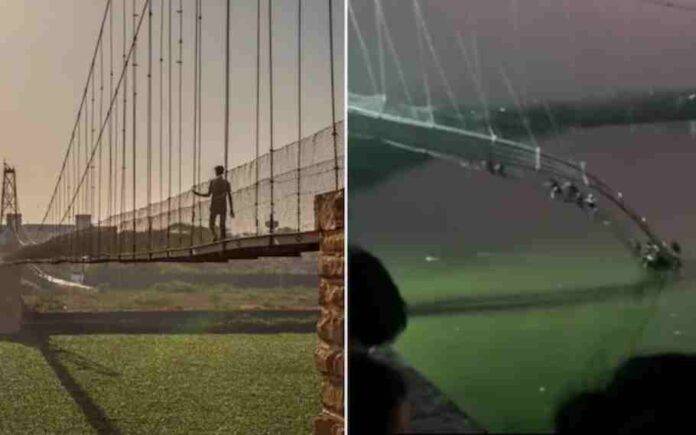 Morbi Bridge Tragedy; Several people died, while many others were rushed to the hospital as a British-era bridge collapsed in Gujarat’s Morbi town on Sunday evening. The mishap led to the death of over 90 people as per the latest reports.

According to the legislators and town mayor, the number is likely to increase significantly.

Although an exact number has not been disclosed, the Prime Minister and the Chief Minister have announced the ex-gratia for the dead and the injured.

Rescue Operation conducted after the collapse of Morbi Bridge

Gujarat Chief Minister visited Morbi on Sunday to take a look at the rescue operation. Several teams of NDRF and Personnel of the Air Force and Navy have taken the initiative to airlift as many stranded people as possible. Many are also feared to have drowned in the 10 feet deep water.

The bridge was reopened on the 26th of October after it was renovated and repaired.

Gujarat Police on the other hand has filed an FIR under relevant sections of IPC 304 and 308 in the bridge collapse tragedy. As per reports, the bridge was reopened without a proper safety certificate and the civic body’s approval.