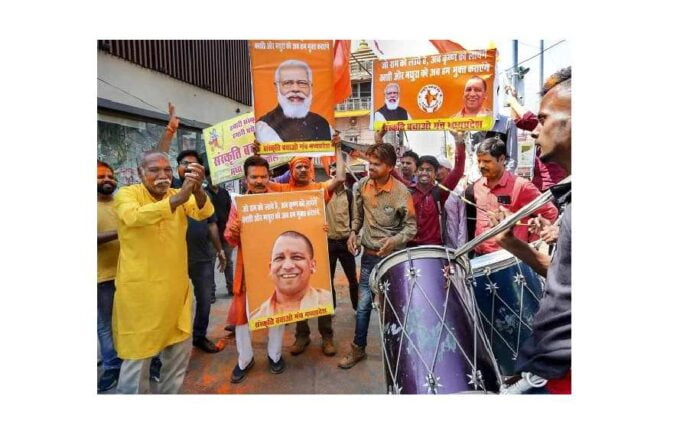 According to the ECI data, the ruling BJP coalition is all set to return to power in the insurgency-hit state of Manipur, as it bagged 31 seats.

Singh said, “I thank the people of Manipur. I thank our national leaders PM Modi, Amit Shah, JP Nadda for guiding us, and due to that, we’ve won in the state. Victory in Goa, Uttarakhand and Uttar Pradesh shows PM Modi’s mantra of ‘Sabka Saath Sabka Vikas’.”

The National People’s Party has won 3 seats and led in 6, while the Naga People’s Front has won 4 seats and leading in 1. Kuki People’s Alliance and Independents have won 2 seats each.

Counting of votes for 60 assembly seats in the state began at 8 am on March 10, under tight security and strict adherence to Covid-19 protocols.

The elections were held in two phases on February 28 and March 5 for the 60-seat Assembly. The ruling BJP and its two estranged allies, National People’s Party (NPP) and Naga People’s Front (NPF), fought the elections separately.  In the 2017 election, Congress won 28 seats and the BJP 21. But the latter stitched an alliance with the NPP, NPF and other smaller parties to form the government.