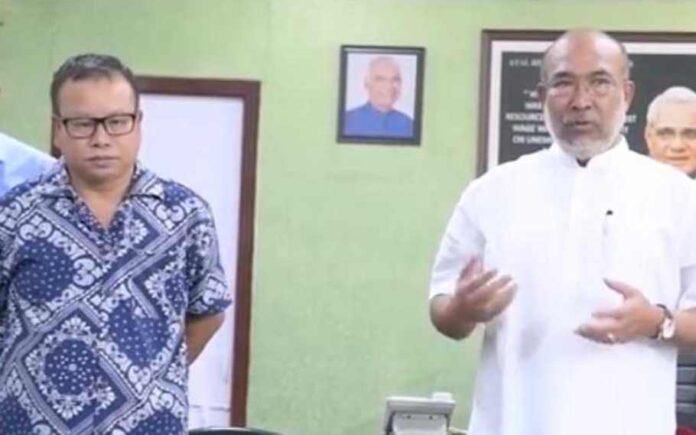 Irom Ibotombi Meitei who is a senior leader of the PLA or the Proscribed Revolutionary People’s Front surrendered before the Chief Minister of Manipur on Monday.

As per reports from Pratidin Time, this move came after 14 cadres belong to the UTLA-J laid down its arms before N Biren Singh, Chief Minister of Imphal.

As the militant chief surrendered, many official dignatories were present – including Rajesh Kumar, and Manipur DGP P Doungel.

The Chief Minister further stated, “I would like to appeal to the people of the state, and those who left their home for a cause, to come back and join the mainstream so that we can live peacefully and work together for a new Manipur and India.”

Also read : ASF breaks out at 1 piggery farm in Manipur