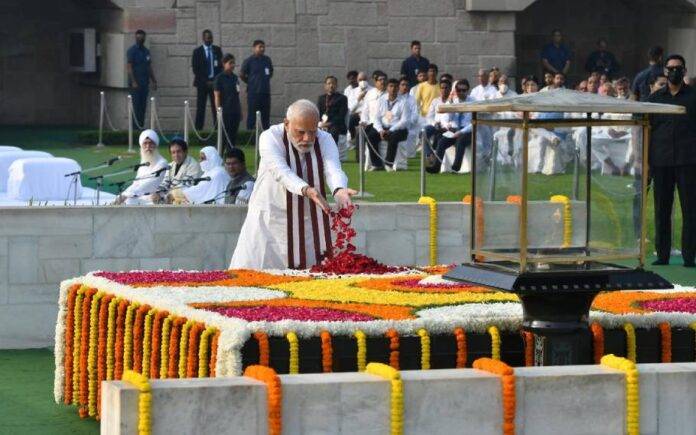 Mahatma Gandhi’s birthday is also observed as the International Day of Non-Violence, adopted by the UN General Assembly in 2007. Sonia Gandhi and leader of Opposition in Rajya Sabha Mallikarjun Kharge also paid their respects at Delhi’s Rajghat.

Narendra Modi wrote on microblogging site Twitter: “Paying homage to Mahatma Gandhi on #GandhiJayanti. This Gandhi Jayanti is even more special because India is marking Azadi Ka Amrit Mahotsav. May be (we) always live up to Bapu’s ideals…”

It is an occasion for all to rededicate themselves to the values of peace, equality and communal harmony. On the occasion of the 153rd birth anniversary of Mahatma Gandhi, I pay homage to the Father of the Nation on behalf of all fellow citizens,” Murmu said.