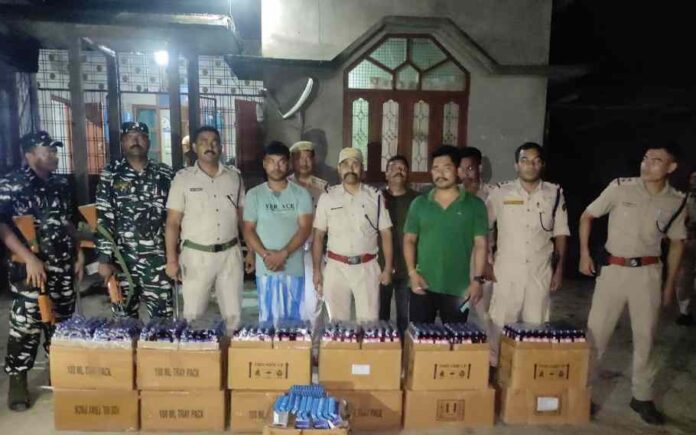 Drugs worth Rs 50 lakh has been seized by Assam Police on Sunday. The illegal consignment along with two peddlers were arrested.

As per reports, the arrested individuals has been identified as Nayan Kuri and Bidhan Kuri.

The operation was conducted based on inputs received by sources. The police reports further points out that the substances are worth Rs 50 lakhs in the International Markets.

The incident took place in Karimganj town on 26th June 2022. Partha Pratim Das who is the additional superintendent of police said, “After receiving information about two peddlers, we sent our two people to buy it from them and caught the peddlers. We had recovered 10 soap cases containing 125 grams of heroin and yaba tablets in possession from them. The market value of the seized consignment is estimated at around Rs 50 lakh.”

Also read : UP Man apprehended in Assam for smuggling drugs