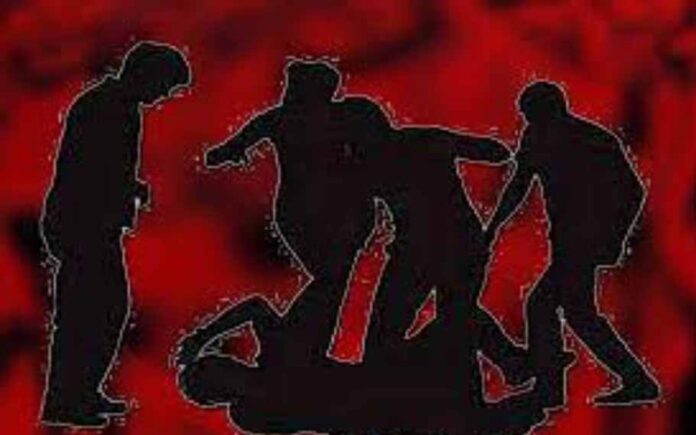 Four people were detained on Friday in Kokilpur, Assam’s Cachar district, for reportedly brutally beating a 38-year-old man to death after he allegedly went to meet his secret lover at her home.

The lover had an unlawful relationship with the girl

Rajen, who was married, went to meet the lover on Friday at her house with whom he was having an unlawful relationship, according to reports.

According to sources, the girl’s family discovered them in a compromising position in the backyard of the house, after which Rajen was mercilessly beaten to death.

A police team led by Borkhola police station officer-in-charge Monmohan Raut went to the scene and sent the deceased to Silchar Medical College and Hospital for a post-mortem examination.

The Indian Penal Code’s (IPC) sections 302 (murder) and 34 (acts done by multiple persons in furtherance of a single aim) have been used to file a case.

According to authorities, they were brought before a judge on Saturday and placed in judicial custody.

Further, according to another report, Rajen tried to run after being beaten up by the girl’s family members but was apprehended by the accused, who strangled him to death.

Preliminary investigations have revealed that the deceased was in a “relationship” with the girl (Lover), according to Monmohan Routh, officer-in-charge of Borkhola police station. On the surface, it appeared to be a murder case.”

According to Routh, all of the accused were brought before a court on Saturday and were placed in judicial custody.