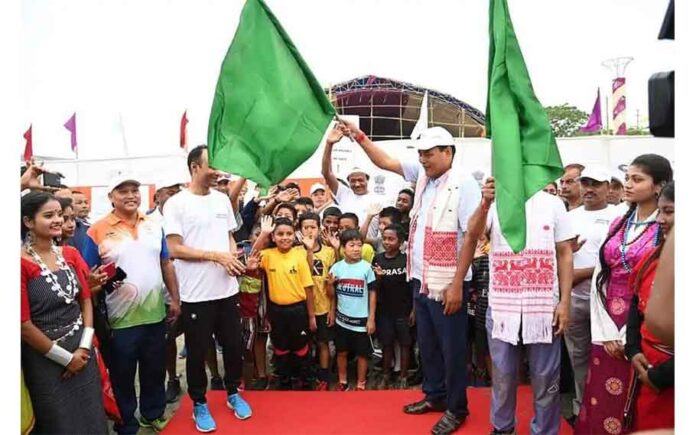 Assam Assembly Speaker Biswajit Daimary said on 28th April that the new generation should be encouraged to pursue sports after applauding the achievements of athletes from the North-Eastern region at the international level.

Moreover, participating in sports also promotes overall health, according to him.

Speaking at the inaugural ceremony of a week-long Northeast Festival here, Biswajit Daimary said many players from North East, including Mary Kom and Lovlina Borgohain, have represented the country at international sports events and brought laurels to the country.

Olympic medalists Mary Kom and Borgohain are from Manipur and Assam, respectively.

Moreover, Biswajit Daimary hopes that events like the North East Festival will encourage people, particularly the younger generation, to participate in sports.

Participation in sports, according to the Speaker, also aids in preserving excellent health.

According to an official statement, the Festival was organized by the Ministry for Development of the North Eastern Region (DoNER) and the North Eastern Council (NEC) to span the whole Northeast as part of the Azadi Ka Amrit Mahotsav.

The ceremony was also attended by retired Air Marshal and NEC member Anjan Kumar Gogoi, additional chief secretary, the government of Assam, Pawan Borthakur, and delegates from many Northeastern states, according to the statement.

Biswajit Daimary and the other visitors kicked off the first day’s events with a half marathon, Cyclothon, and Walkathon.

The festival’s many sports events will be hosted in Manipur, and the valedictory function will be held here on May 4, according to the statement.