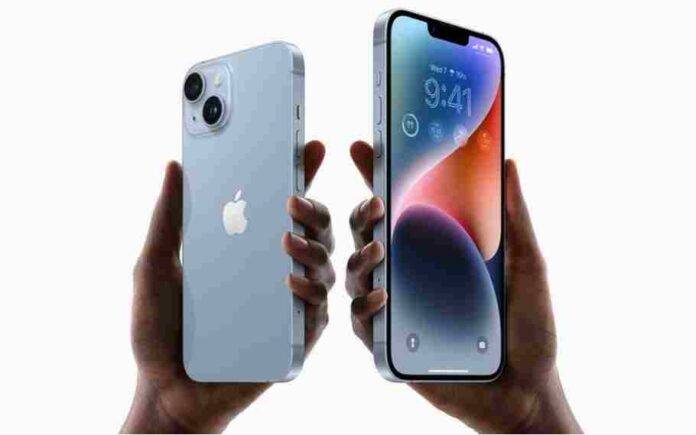 The much awaited iPhone 14 series has been launched. The model is a slight update to the iPhone 13 series. But the iPhone 14 Pro models have received some of the major and interesting changes which have a attracted a lot of customers around the globe.

With the coming in of the new series, apple has discontinued its iPhone 11 series.

Here’s everything you need to know about the all new iPhone 14 series :

Apple has finally switched to the punch-hole design on its display. The design is somewhat common on all android phones but it has finally arrived on the iPhones as well.

The device will be available in five different colours – midnight, starlight, blue, purple, and product red.

The new series have a bigger screen and a long running battery. The 14 series comes with a 6.1 inch screen which is generally available in the pro max series. The device has a OLED screen with 1-200 nits of peak brightness and Dolby vision.

The dual camera set is somewhat similar to the previous model but now they have a new 12-megapixel main camera with a large sensor and 1.9 micron pixels.

The new device also offers a better low-light scenario compared to the older versions. The night mode is also twice as fast , as per the company.

One of the most interesting feature in this model is the crash detection as well as Satellite connectivity. The latter is a great feature which allows one to communicate with rescuers in places where there is no network. As a result, your phone will automatically find a satellite to detect a network. Once the device, finds a connection it will share the location via its “Emergency SOS via Satellite” feature.

The feature will first be available in the US and Canada and will be launched in other regions by November.

Apple launched its all new series at the Apple Far Out launch event. The Apple Watch Ultra targets mainly the sports enthusiasts and adventure lovers. The wearable comes with a rugged body and a long battery life and many other features.

Apple Watch Ultra has a new design with a larger 49mm dial, redesigned with a digital crown, an extra button and a bigger battery that can run up to 60 hours. The action button helps users with sports tracking, among other things.

The watch also has a WR 100 water resistance and sustains under water. The bands are available in – Apline, trail and ocean. It is priced at $799 ut the Indian price and availability has not been announced yet. The Watch Series 8 and SE 2 will be available by September 16 in India.