Where is the Center of the Universe? Read to know more 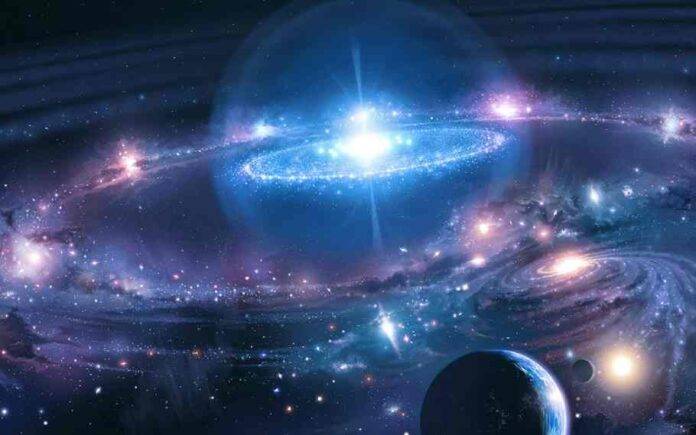 Center of the Universe; Analogy, Theoretical Observation and Ideas

So, before we dive into the realm of the center of the universe, let’s talk about Big Bang to get a clear idea of the question we are trying to address. Most of us had misconceptions that before Big Bang, there was nothing, a void, whatever you called it. We were wrong. Even before Big Bang, the universe was expanding. Big Bang accelerated at a breathtaking pace of cosmic expansion, doubling its size by at least 80 times in a fraction of seconds. Now that’s huge. Also, every point in the universe expanded equally, and it continues even today.

Let’s discuss this further with an analogy

Imagine an ant that exists in two dimensions and resides on the surface of a perfectly sphere-shaped balloon. From the ant’s perspective, everything on the surface appears to be the same. The surface of the sphere lacks both a center and an edge. The ant’s two-dimensional world will enlarge if you inflate the balloon. Draw some dots on the surface, and they will drift apart precisely as the galaxies do in the cosmos. Any third dimension that is perpendicular to the balloon’s surface for the ant in this two-dimensional world — such as going into the balloon’s center — has no physical significance.

A theory such as The Big Bang’s afterglow, as well as cosmic microwave background radiation, indicates a very flat universe. But cosmologists are still unsure as to whether the universe is truly flat or if the curvature is so great that it just gives the impression of being flat, much like the surface of the Earth seems level. The universe has no center — and, by extension, no edge — is consistent with the cosmological principle, the idea that no place in the universe is special. Observations of how galaxy clusters are distributed and the cosmic microwave background reveal a cosmos that, when you zoom out far enough, does indeed look the same everywhere.

The part of the Universe we can access is likely only a small component of what actually exists out there. The Universe could be large, it could loop back on itself, or it could be infinite; we do not know. What we are certain of is that the Universe is expanding. It’s a profound question to ask where the center of the Universe is, but the actual answer — that there is no center — is perhaps the most profound conclusion of all.

Also Read: Unraveling the mysteries of the Universe through the eyes of James Webb Space Telescope