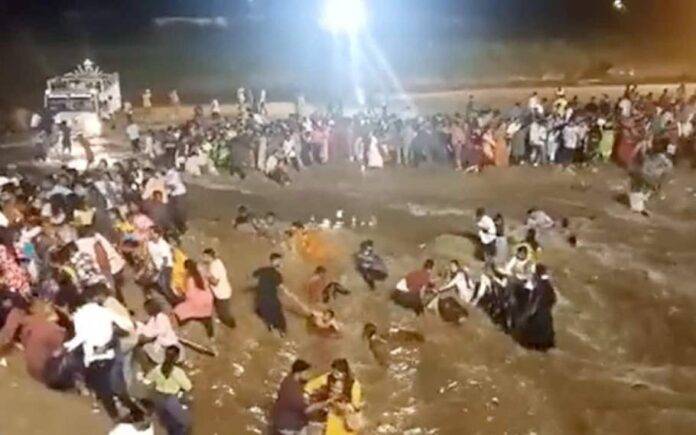 West Bengal tragedy is truly heart-wrenching. At least eight people have drowned and several others are missing after a flash flood hit Mal river during the immersion of Goddess Durga‘s idols last night, as per the statement of a senior official.

It is mentioned that four women are among those killed in the tragic incident in Jalpaiguri district. Thirteen people injured in the incident have been hospitalised.

“All of a sudden, a flash flood struck and people were swept away. So far, eight bodies have been recovered and we have rescued around 50 people,” District Magistrate Moumita Godara said regarding West Bengal tragedy.

“Search and rescue operations are being carried out by teams of the NDRF, SDRF, police and the local administration. Search operations have started downstream,” she further added.

Meanwhile, West Bengal Chief Minister Mamata Banerjee announced a compensation of Rs 2 lakh for the families of the dead and an assistance of Rs 50,000 for those injured.

“A tragic flash flood hit the Mal River in Jalpaiguri as Durga Visarjan was underway. 8 people lost their lives, I pray that their families find strength & solace in these difficult times,” she further added.