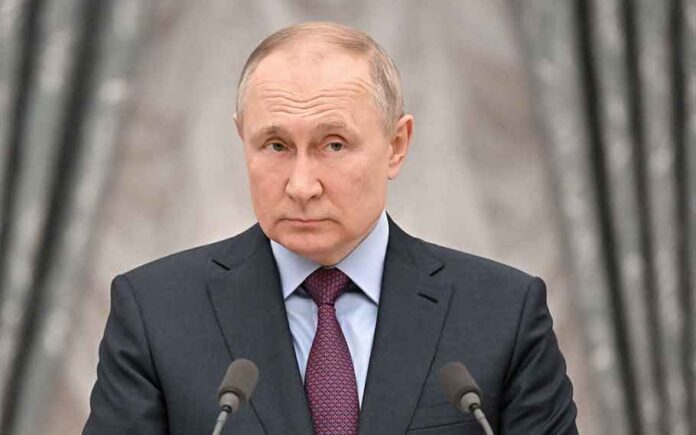 Russian President Vladimir Putin may be forced to give up control of the Ukraine war for days as he undergoes cancer surgery, and will reportedly appoint hardline former FSB chief Nikolai Patrushev to take temporary command of the invasion while he is under the knife.

According to sources, Patrushev, the 70-year-old current Secretary of Russia’s Security Council, is considered a key architect of the war strategy thus far, and the guy who convinced Putin that Kyiv is swamped in neo-Nazis.

The remarkable accusations were made on the popular Telegram channel General SVR, which claims to have a well-placed figure in the Kremlin as its source, according to the report.

“I don’t know for exactly how long (Putin will be incapacitated after the surgery)… I think it’ll be for a short time,” the insider source was quoted as saying.

Vladimir Putin was hesitant to hand over leadership, but he was willing to appoint a “charge d’affaires” to oversee Russia and the war effort.

“So, while Putin is in charge of the operation and returns to his senses in two or three days,” the source continued, “the true control of the country transfers solely to Patrushev.”

According to the sources, such a move would be unusual because the Russian constitution stipulates that power should be vested only in the Prime Minister.

Vladimir Putin was diagnosed with stomach cancer and Parkinson’s disease 18 months ago, according to General SVR.

According to the sources, he has postponed surgery, which will now take place after the Victory Day commemoration of Russia’s World War II victory in Red Square on May 9.

The report comes amid rumors that Putin will declare war on Ukraine and order the mass mobilization of military-age men, posing a significant political risk.

The treatment was supposed to take place in the second part of April, but it was postponed, according to SVR.

“Putin was advised to have surgery, and the date is currently being discussed and agreed upon,” the outlet stated.

He also has “Parkinson’s disease and schizoaffective disorder,” which includes hallucinations and mania, as well as other signs of schizophrenia.

Putin’s medical concerns have long been disputed by the Kremlin, which depicts him as in good condition despite his strange absence in recent years, according to the sources.