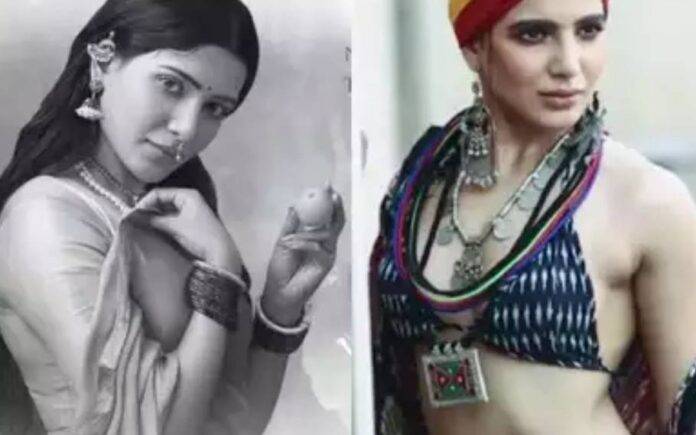 Shaakuntalam was announced on Friday. Written and directed by Gunasekhar of Rudhramadevi, the film will hit the theatres on November 4. The filmmakers released a new motion poster in the meanwhile.

The film will have grand visuals of forts and palaces of ancient times. The motion poster features Samantha’s character standing along with her lover.

Shaakuntalam Is Yet To Get A Release Date

According to the mythology, Shakuntala, the daughter of Rishi Vishwamitra and Meneka, lives in a forest where she meets King Dushyant and falls in love with him. Dushyant promises to return to her soon but forgets all about her due to a sage’s curse.

Samantha Ruth Prabhu had considered this film a fairy tale. “This film will stay with me for the rest of my life. As a little girl I believed in fairy tales… not much has changed. I still do…. and @gunasekhar1 sir my fairy godfather making my dream a reality. When he narrated this film to me I was immediately transported to a most beautiful world… the world of Shaakuntalam… a world like no other,” wrote Samantha.

Furthermore, the filmmakers recently released the teaser showing Samantha in an action-packed avatar. The film’s yet to get a release date.

Concurrently, the speculations were rife that she had gone there to treat a rare skin condition, however, her manager rubbished such speculations.