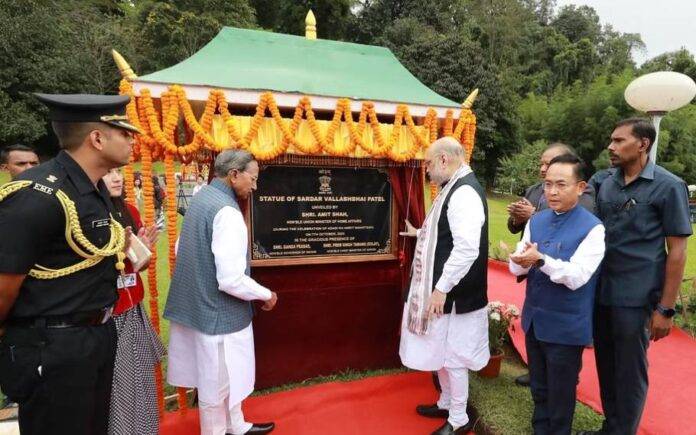 Real development in Northeast began after 2014, Union Home Minister Amit Shah said in Sikkim. It is mentioned that Amit Shah is on a three-day visit to the Northeast. On October 7, Amit Shah said that the region was only considered a tourist destination before Narendra Modi became Prime Minister.

Real Development In Northeast Began After 2014

Amit Shah said in Sikkim that the real development of the Northeast began only after Modi took over the office of the Prime Minister in 2014. The remarks of the Home Minister came at a Cooperative Dairy Conclave 2022 of the Eastern and Northeastern regions.

Notably, the central government has decided to set up 65,000 active PACS (Primary Agricultural Credit Societies). Within five years every panchayat will have one PACS and a dairy each.

Moreover, people were seen on both sides of the road to welcome Amit Shah with the national flag in hand when the Union Home Minister reached Gangtok to inaugurate the Eastern and North-Eastern Zones Dairy Cooperative Conclave 2022.

Also Read:Amit Shah Hands Over Job Letters To Families Killed By Terrorists In Jammu And Kashmir