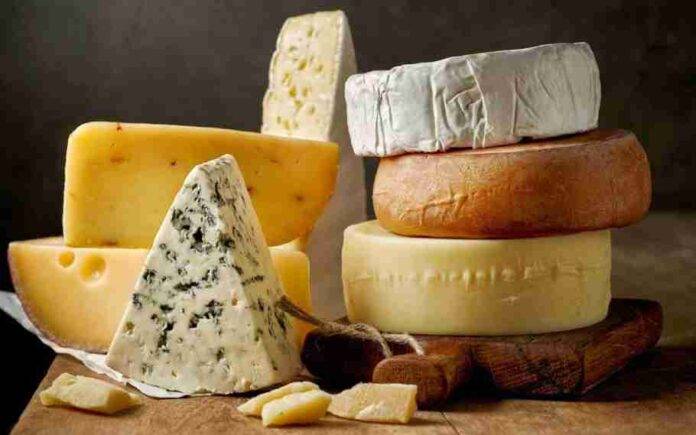 A study reveals, professional cheesemakers are studying if music can change the taste of cheese. To analyse the same, a team from the Bern University of the Arts announced the results of what they called “a culinary art experiment”. It is now revealed that Emmental cheese that has matured to the sounds of hip hop music for several months is tastier than cheese that is exposed to other music.

The students of the Sound Arts course selected nine kinds of cheese that were each matured in a special box while working with a local cheesemaker. Five kinds of cheese only heard one particular piece of music from the period September to March: Mozart’s “The Magic Flute”, Led Zeppelin’s “Stairway to Heaven”, A Tribe Called Quest’s “Jazz (We’ve Got)”, Yello’s “Monolith”, or Vril’s “UV”. Three other kinds of cheese listened to sounds of particular frequencies, and the last cheese was a control cheese left to be matured in silence.

This month, a team of judges including a TV chef and the mayor of the town of Burgdorf, tasted all nine kinds of cheese and picked a favourite: The cheese that had listened to A Tribe Called Quest on repeat was deemed to be slightly sweeter than the others. Food scientists from the ZHAW Zurich University of Applied Sciences confirmed that this cheese had a stronger smell and fruitier taste than the other samples and that all cheeses that were exposed to music had a milder flavour than the control sample.

Michael Harenberg, director of the music program at Bern University of the Arts says he was sceptical of the whole project when Wampfler first approached him. “Then we discovered there is a field called sonochemistry that looks at the influences of sound waves, the effect of sound on solid bodies.”

It turns out that Wampfler was rooting for the hip-hop cheese to win all along. Now, reports Reuters, he and his collaborators want to expose cheese to five to ten different types of hip-hop to see if it has similar effects.

Wampfler also tells the AFP that he can see marketing cheeses based on the music they matured to. Already, he says people have called requesting cheese that has listened to the blues, Balkan music and ACDC.

So now the question is will all the cheese makers start using hip-hop to enhance the taste of their cheese?

Also Read: Do you know there is a Basketball court inside the US Supreme Court?