6 places where its illegal to die 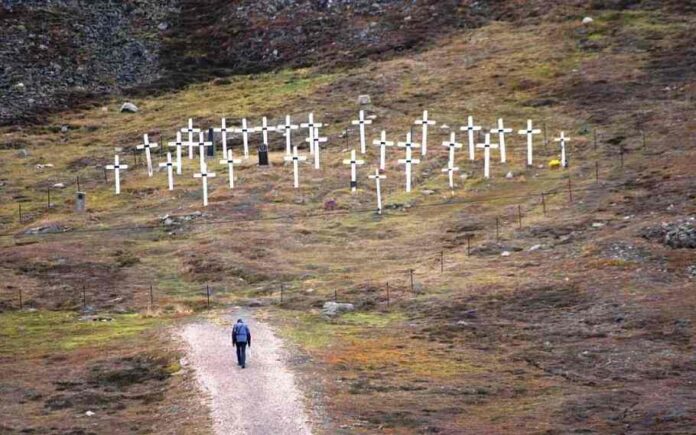 Places where its illegal to die: Some people wills to die before the time that faith has set. Hence, there is the process of euthanasia or mercy killing that allows one to set itself free from the miseries of the existing world.

However, the World is a place to live in. With billions of people it carries trillions of rules that are strange and peculiar. With countries providing the freedom of taking one’s life to end miseries there are others which thinks and acts exact opposite of the same.

Here are the 6 places where its illegal to die

Yes, there are some of the places where its illegal to die. The countries doesn’t allow its citizens to die even on will.

Nestled in in the Svalbard Islands of Norway Longyearbean is a place that forbids its citizens from dying. The place has a subsoil that is frozen for ever. This in turn has created permafrost. In result of that the bodies are buried beneath instead of burning them up. This is done in order to preserve the corpse. Therefore, when someone falls sick irrecoverably, the locals take the person away to bury the body in some other part of Norway.

It is to be mentioned that one time when scientists interred corpses of those people who expired in the 1918 flu pandemic in 1998, they were able to re-collect live samples of the deadly virus.

2. Cugnaux in France: Well, this place has to be holding the most interesting history. The residents of this place are banned from dying.

This happened in year 2007 when the then Mayor of Cugnaux in France named Philippe Guérin was prevented from opening a new cemetery. He wanted to open a new cemetery as a result of the unavailability of burial fields in the area. However, the project was not accepted by the authorities and as a result Guérin banned death.

3. Sellia in Italy: Sellia is Village in Southern Italy. With a population of merely five hundred and thirty seven people wherein most of them are aged the Mayor of of Sellia, came out with an ordain prohibiting sickness or death within his area. The reason behind this decision was to raise health awareness amongst the people and the ones who took his words lightly were literally fined ten euros a year. It is to be mentioned that the place once had a flourishing population.

4. Lanjaron in Spain: Situated in the Alpujarras area in the province of Granada in Andalusia, Spain the Lanjaron’s authority ordered that no person can die in the place. This order is passed because there is no adequate amount of cemetery in the region. However, the authorities are still in search of the same.

5. Itsukushima in Japan: Also known as Miyajima, Itsukushima is a small island in Hiroshima Bay in western Japan. The place is known for its richness in forests and ancient temples.

It is a holy island, so much holy that they ensure neither a birth nor a death takes place here. The ban on death has been imposed in the place since 1878. This is considered and followed till now.

The reason behind this condition set by the region traces back to the gory Battle of Miyajima that took place in 1555. Post-victory, the place was cleansed and the blood-stained mud was removed.