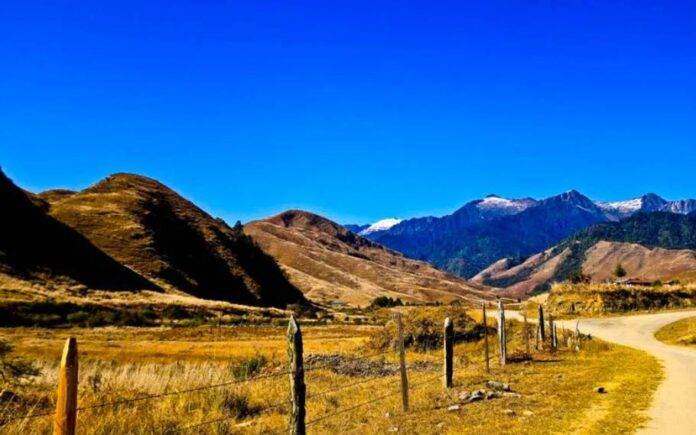 Mechukha Valley is considered as the one of the surreal places in North-east Region. Mechukha Valley in Shi-Yomi district would soon be connected with the DO-288 fixed-wing aircraft services. It is mentioned that the development comes almost a year after the HAL (Hindustan Aeronautics Limited) signed an agreement with Alliance Air to lease out Dornier DO-228, a 16-seater aircraft, for their operation in the landlocked areas of Arunachal Pradesh, under the Civil Aviation Ministry’s UDAAN scheme.

Besides connecting all feasible ALGs (Advanced Landing Grounds) in the state with fixed-wing passenger services, the initiative further aims to strengthen tourism and make air travel accessible to all.

Notably, the Made in India DO-228 services have been introduced in Pasighat, Tezu and Ziro. A meeting to discuss matters regarding ALG and civil terminal at Mechukha was assembled by state legislative assembly speaker P D Sona along with the officials of IAF (Indian Air Force) and Shi-Yomi district administration on September 28.

“Once operational, the fixed-wing passenger services will not only benefit the people of the district but also the tourists who want to visit the enchanting valley,” told P D Sona.

Sona further added, ”Proper coordination between the civil administration and IAF is very crucial for safety and security of the aircraft and passengers as well as dual utilization of the ALG.”

Also Read:Tawang Festival: One Of The Vibrant Cultural Festivals Of India; Details Here