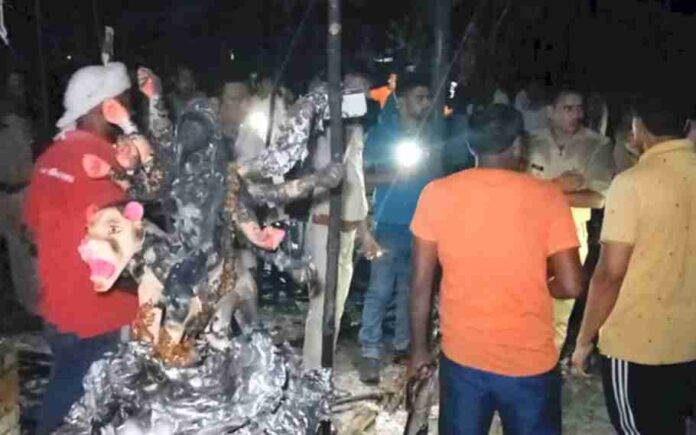 A massive fire at UP Puja Pandal kills five people, including three children. A total of 66 people has been reported injured. The fire broke out at Uttar Pradesh’s Bhadohi last night.

Fire at UP Puja Pandal

As per reports, the fire started when an aarti was performed to commemorate the Saptami. The reports further revealed, around 150 people were present at the pandal when the fire broke out. The injured were immediately rushed to the hospital.

The cause for fire is said to have started from overheating of halogen light in the pandal.

An FIR has been registered against the mismanagement. Chief Minister Yogi Adityanath expressed his condolences over the incident’s fatalities. The minister further urged officials to check the patient and see if they are properly taken care.